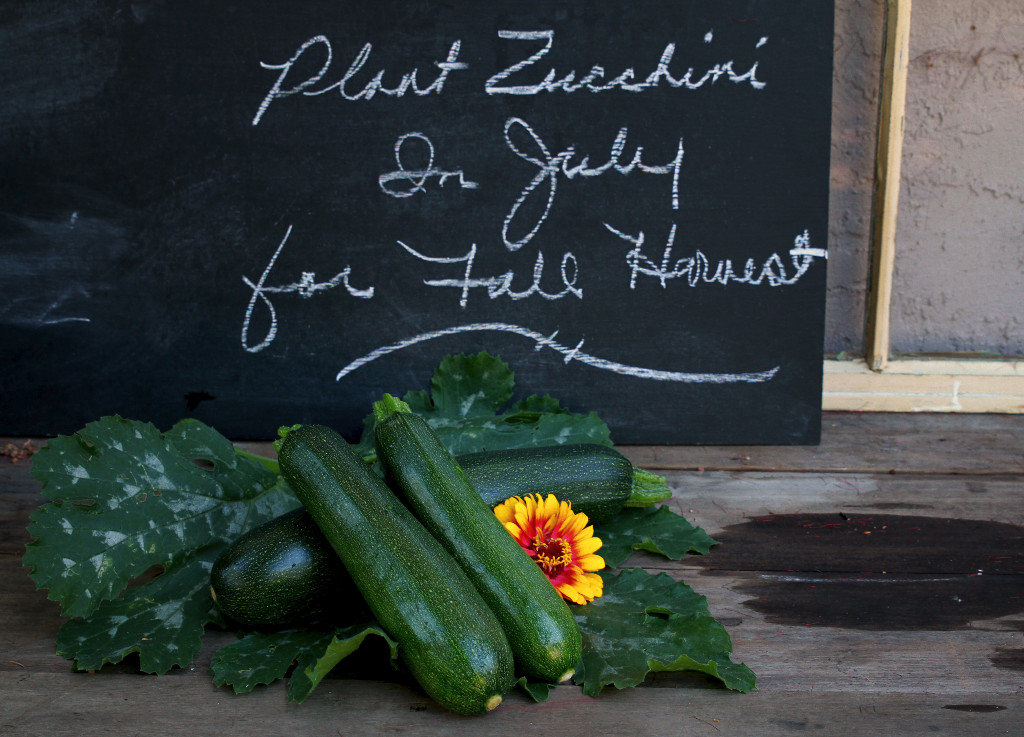 In years past I, like most people, planted my zucchini seeds after the frost free date, around April 15 in our zone 9 northern California garden.  By October I was usually pulling out plants that were done producing and beginning to mildew and turn yellow. In fact, that’s what did happen to my April sowed plants this year.

This year though I had an empty corner in one raised bed so I planted some Astia Container Zucchini seeds from Burpee on July 27th. I sowed three seeds a few inches apart. They sprouted quickly, grew quickly, produced quickly and look at them now….in October! 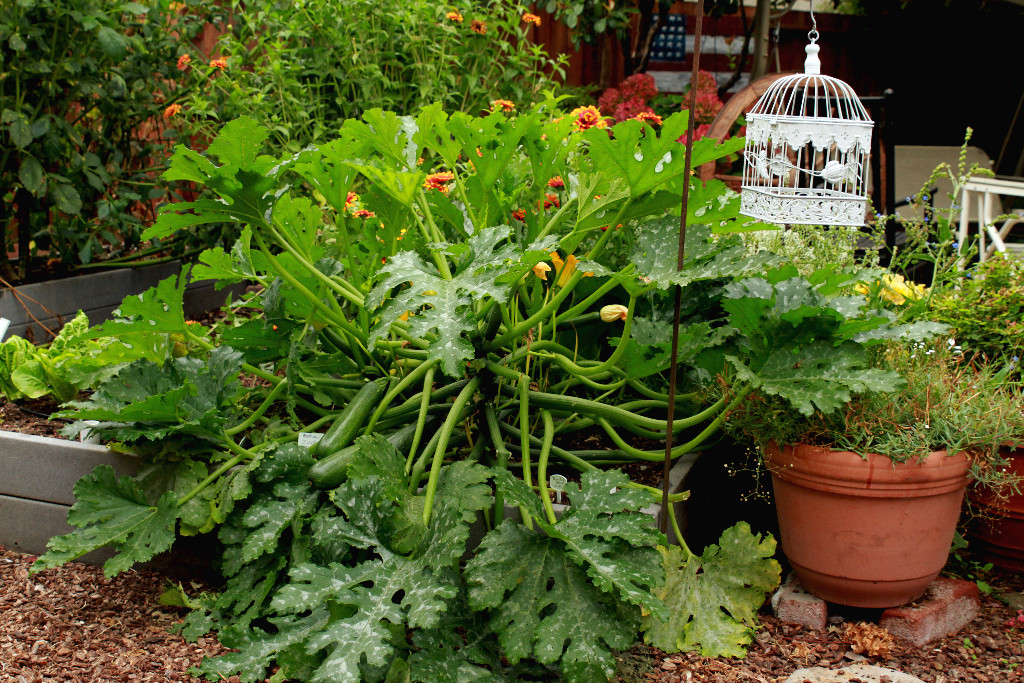 I have harvested lots of beautiful zucchini since the first one picked on September 6th and the plants are going strong.  Next year I will definitely sow my zucchini twice ……you might want to try it too! It’s really nice to have  green plants and nice plump zucchini at a time when everything else is quickly winding down for the season! 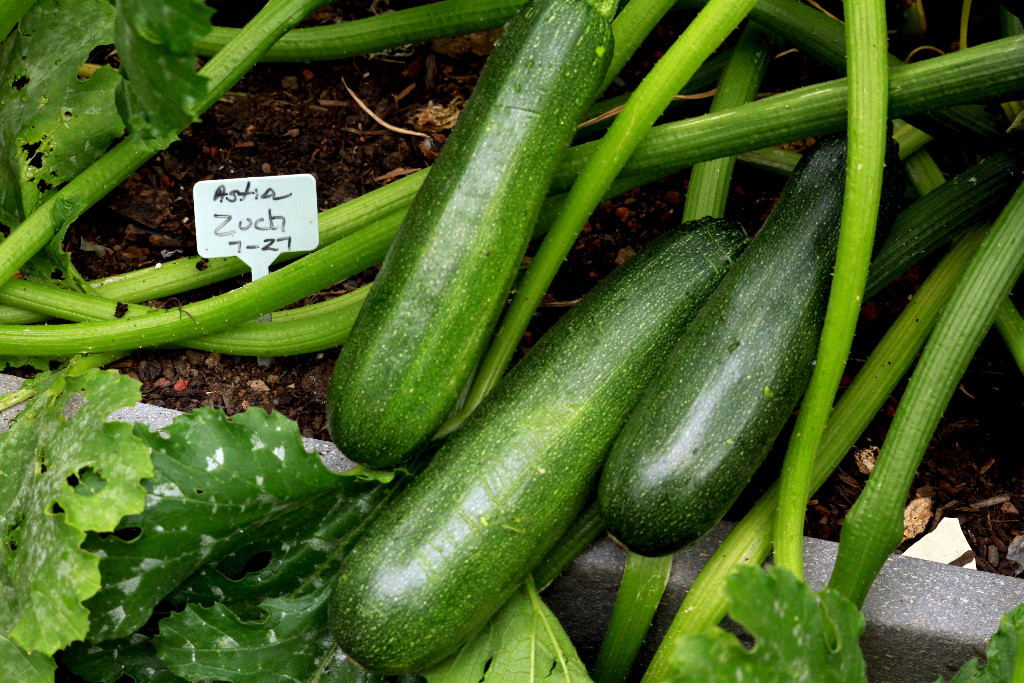 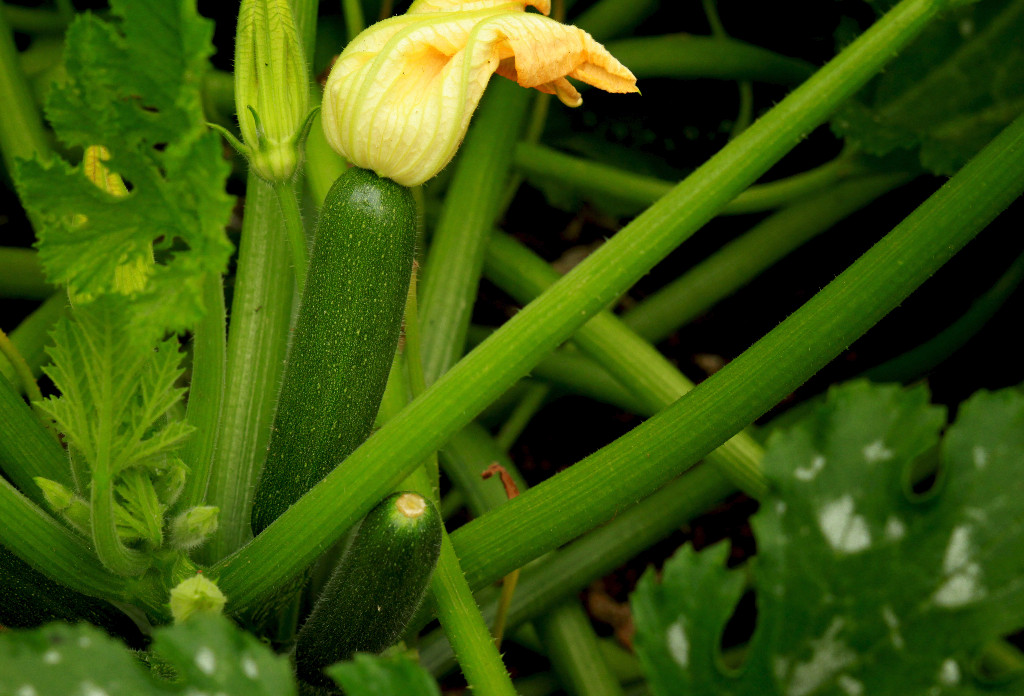