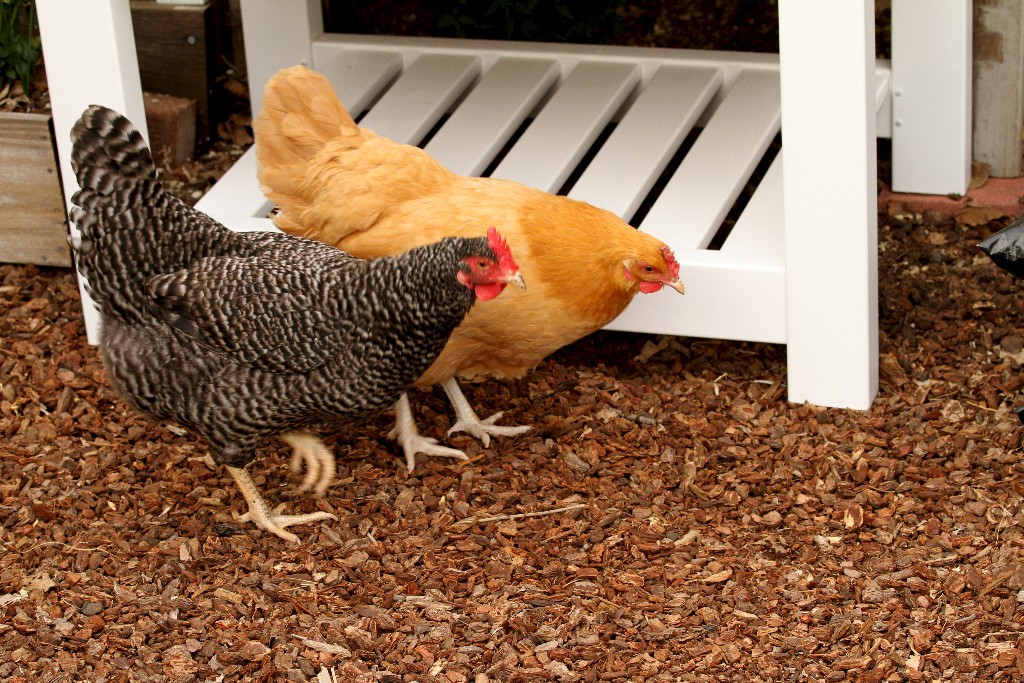 Whenever you add chickens to your flock it’s important to quarantine new girls for a while before combining them. And I did……well, for a few days. I was worried about them working out the pecking order but I didn’t think about anything else. Everything changed one morning when I heard my granddaughter say, ” Look Grandma, Pebbles has spaghetti in her poop!” Only the “spaghetti” was moving around like a trained cobra! (I’ll spare you a glossy of that….you can Google chicken worms it if you’re interested!)

While our two new girls were well cared for and healthy, free ranging chickens often get worms from eating snails and other delicacies around the yard. I had to research to learn that since I’d never let my chickens out of their run and I’d never seen worms before! Nor had I entertained the possibility or thought ahead to what I would do if they ever showed up.

My early research indicated that the only thing to do was use a poison called,  Wazine, and then discard the eggs anywhere from weeks to forever! Talking to others online no better suggestions came up.  My call to the local feed store ranged from “we take them on the long walk out back when things like that happen” to “yep, Wazine is the only way to go.

So, I’m supposed to  poison my girls and then feed them expensive medicine and food and supply them with expensive bedding and time consuming care, all to receive NO eggs in return….that just didn’t work for me.

The other question was whether to “poison” only Pebbles who actually had worms we could see, or to treat all five. While I tried to decide about this aspect of the problem my sweet husband actually rebuilt an old coop someone gave us so I could separate the treated from the untreated. 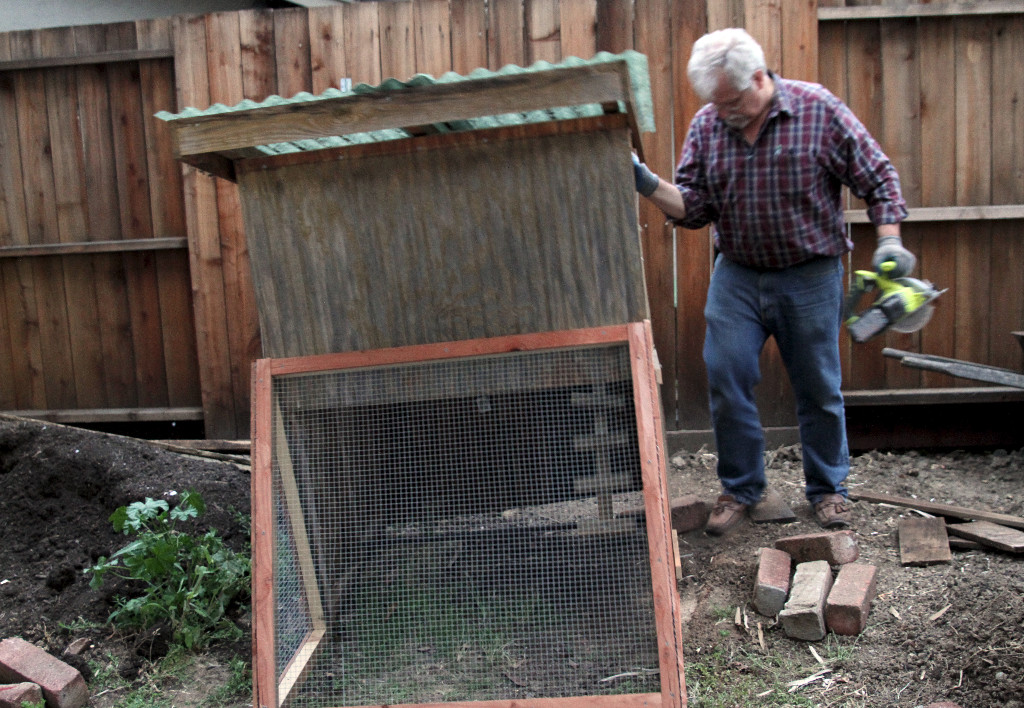 Finally I drove down to the feed store to talk to the guys I knew had the most poultry experience.  Bingo! The man who helped me suggested “Rooster Booster” as something that would kill the worms while leaving the eggs edible. The poison, Wazine , was what he most recommended, but he said customers seem pleased with Rooster Booster so why not try it first. Why not indeed! I wrote to the company to double check that the eggs were OK to eat and they assured me they were. They also suggested treating all five girls as it usually goes from one to another. One jar is $25.00 and gets mixed into a 50 bag of feed. So, that’s what we did. 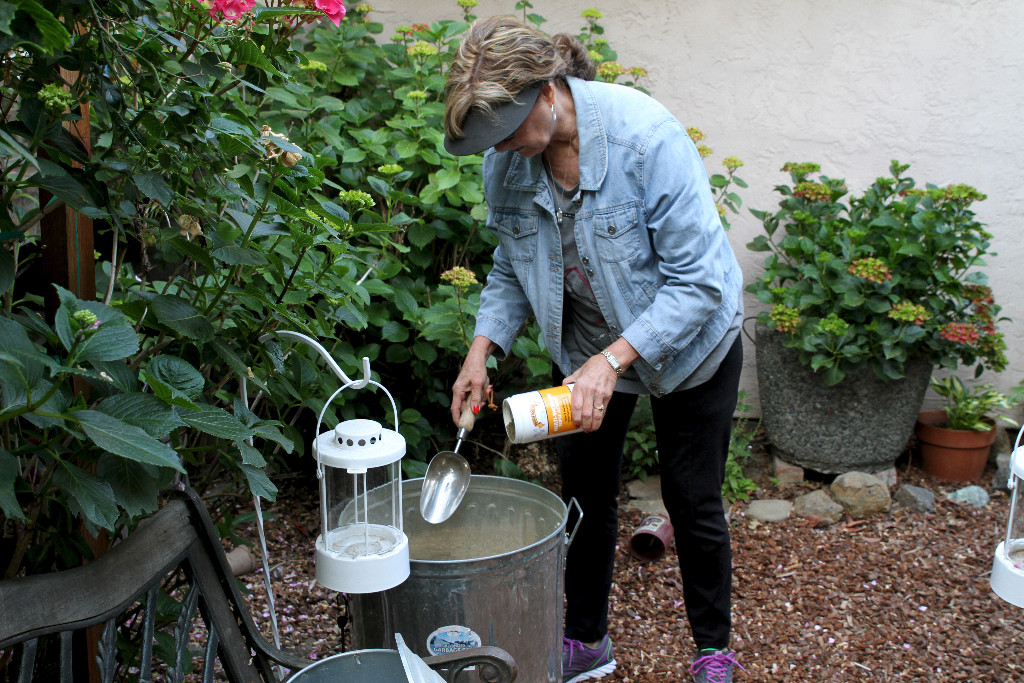 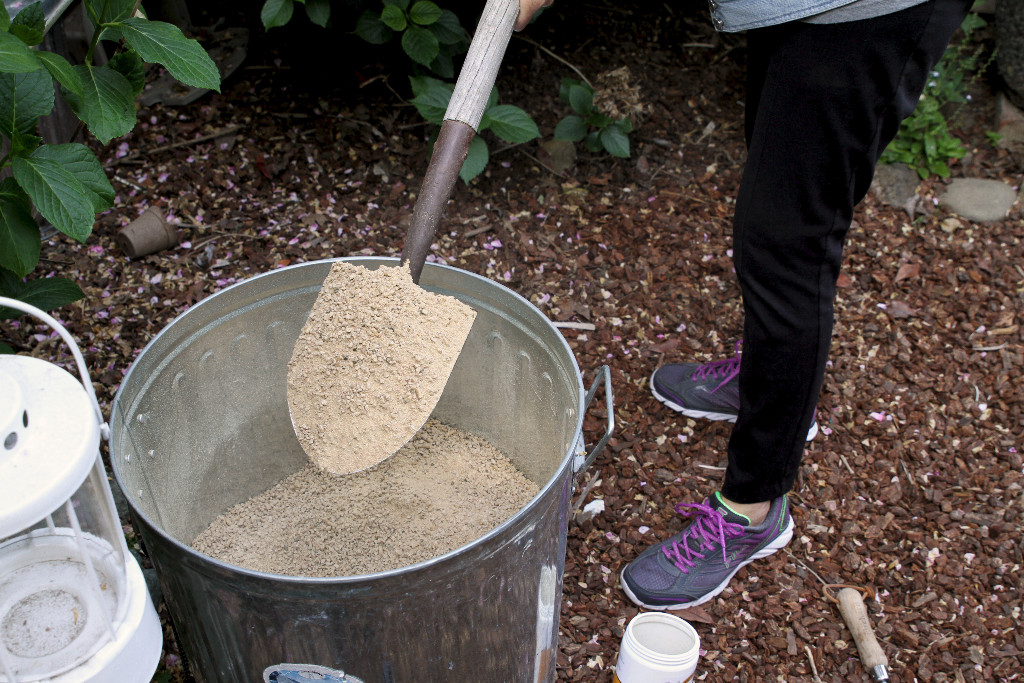 We are almost through the 50 pounds of feed and no sign of living creatures in the poop inspection I do each day as I clean up the nights droppings. I’m not positive this means they’re gone but it’s a good sign right?

I did notice something exciting while doing my daily duty this week! Usually the three older girls sleep on the roost and kick the two new girls to the floor where they have huddled since March when we got them. I can tell these things without a doubt by where the poop is the next morning.  (I do believe chickens spend all night doing their droppings thing!) Three piles under the roost, two facing forward and Lily facing backwards as usual. Suddenly this week there were five little piles under the roost and no piles on the floor in the corner.  This is a big deal, a very big deal. I mean my ladies do not let just anyone perch on their roost! Peace has come at last to the hen house! 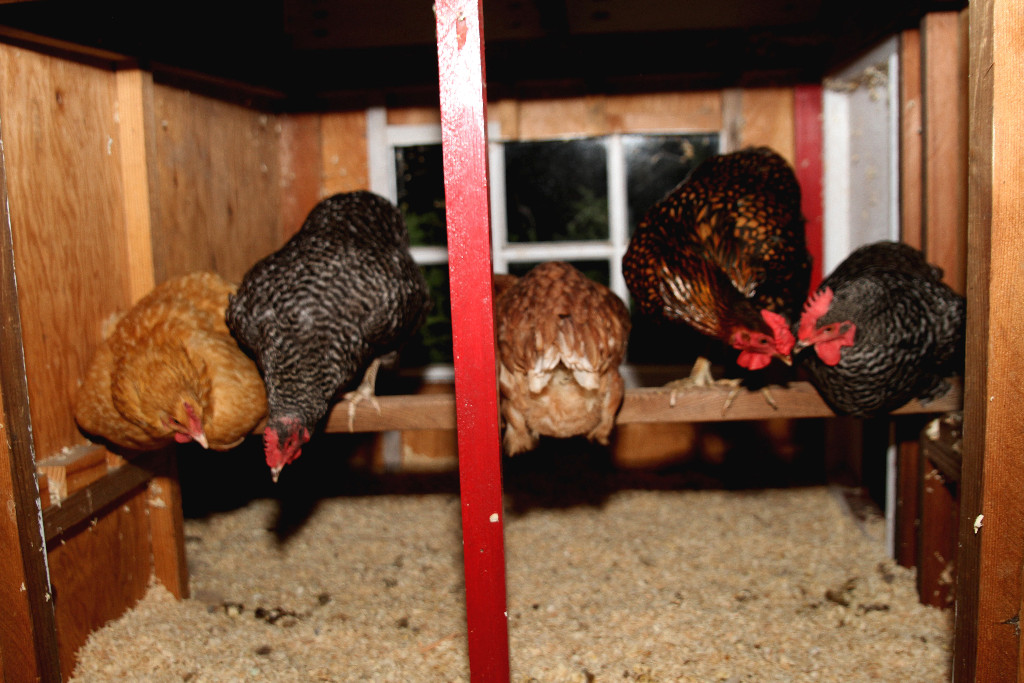 So, three months after our new additions arrived,  we have little fighting over the water and food and everyone is sleeping together. Pebbles has no “dancing Cobras” in her droppings, no ones comb is bleeding, Pebbles and Windy still free roam a few minutes everyday ( they fly up and practically land in my arms every time I open the run door!) and the others still sit in the run and never try to get out since that’s what they’re used to.

When the girls weren’t able to get along and poor Pebbles was getting pecked constantly my daughter started making plans to take the new girls for me to protect her but now…..well, we’ll see….I’d really miss my “newbies”!  But then the grands would love them so…. 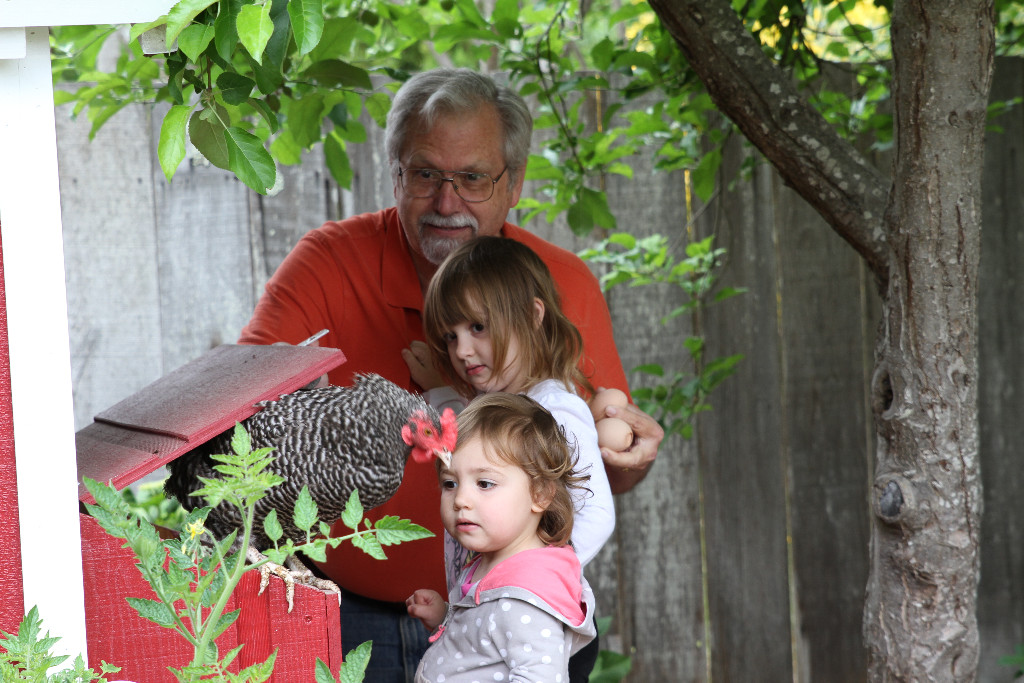 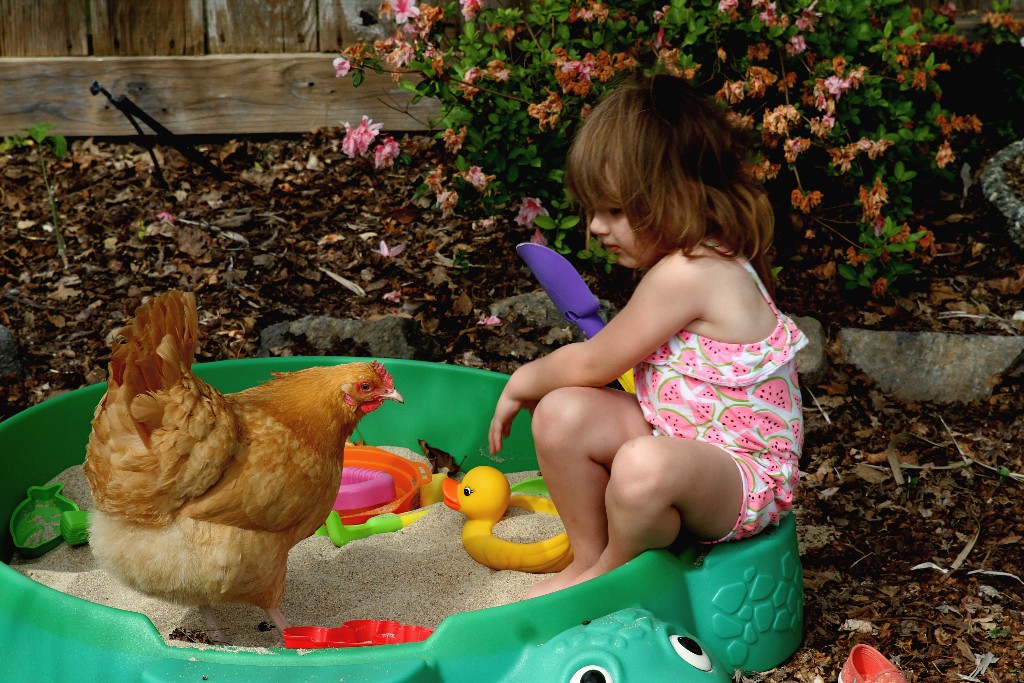