Moving Chickens Into Their New Home! Day One… 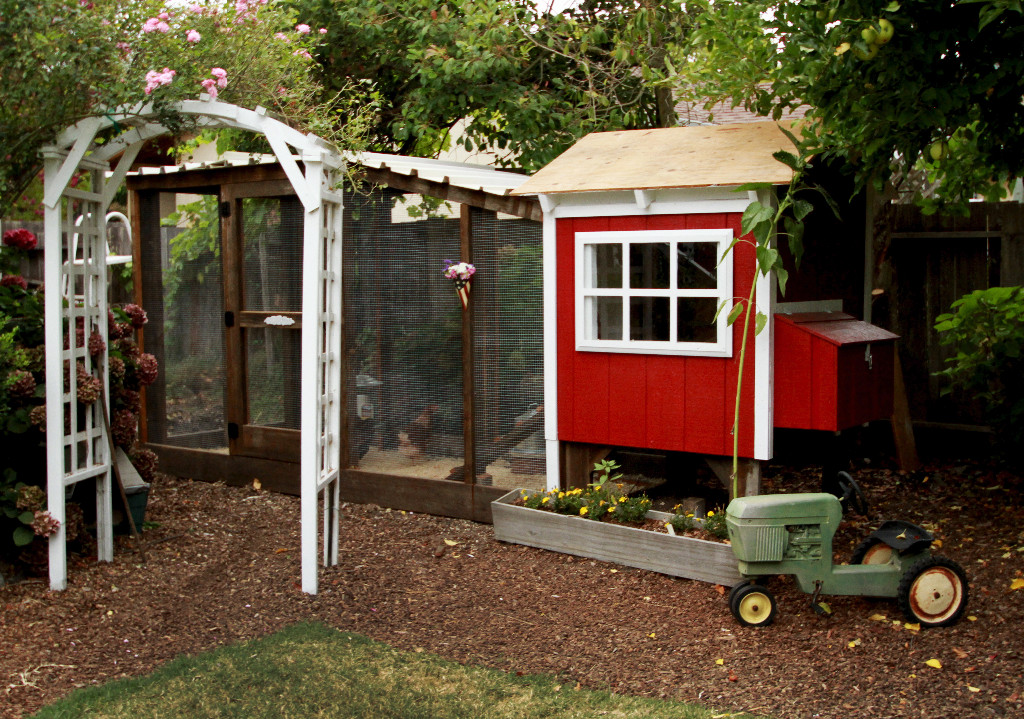 The coop is done and we’re ready to get some girls! I really want a silver or golden laced Wyandotte, a Barred rock and a Buff Orpington. And, I really want to get them all at the same time, since I’ve read they have to go through a little pecking order ritual each time you add one and it sounds like it can be unpleasant for the chicken that’s on the bottom! After months of reading books and chicken sites online, I’m pretty convinced those are the birds I want both for egg production and for their less aggressive nature since we’re doing this partly for our little granddaughters.

Western Farm has had the ones I want for the past week but, of course, yesterday when I called they were all gone! So, I called every chicken listing on Craigslist.com, talked to a chicken farm in Petaluma, a lady who raises Orpintons in Windsor, Tractor Feed Store, Mill Valley Chicken Farm and Rivertown Feed store who told me to call Frizelle Enos in Penngrove. No one had what I wanted.  At Frezelle Enos they had pullets but they were “mixed unknown” breeds.My friend and I were going to visit a nursery in Petaluma anyway so we went by to see them.  The woman who waited on us was very helpful and picked out everything I needed to get started: shavings, a can to store the feed, the feed, water and feed containers, hooks to hang them…but I just couldn’t take the chickens since I have my heart set on the certain breeds I studied!

Back home and disappointed, I called Western Farm once more to see when the next group of pullets would arrive.They had just received an order of pullets around 14-16 weeks old a few hours  before and..they had Wyandottes and Barred Rocks! Two out of three works for me so while John added a few finishing touches on the coop, I ran to Western Farm to pick out some “girls”! It was kind of embarrassing that they knew me when I got there…guess I’ve called and gone by a lot in the past few months! A really nice young man named Silas helped me, but as we talked about which chickens to get, a couple walked up and took the two I had my eye on…this is just not my day! Figuring Silas knew more than I did, I asked him to pick the birds for me.  He grabbed a Golden laced Wyandotte and a Barred Rock, both of whom went into the box with much less fuss than the two the other salesman grabbed for the couple…this looked good to me! For our final girl he selected a brown Sex Link.  He said they’re fairly docile and good layers, and, I thought she looked pretty with the other two! (I’m sure they think I’m crazy as I explained I’ll blog about the chickens and photograph them and well, I want them to look nice together!) I may need to dye my hair or something before I go back so they don’t recognize me! Though they did a good job of not laughing at me I’ve noticed you can tell when you’re talking to a real farmer vs. someone who keeps chickens for pets by the way they roll their eyes and seem to be suppressing laughter at your iPhone photos of your fancy little coop! Chickens selected and paid for, another man, Kevin, was called to help carry them out to the truck for me.  He was very thoughtful…he looked me up and down and said with kindness,”hmm…maybe I better tape the top of this box for you. I don’t think you’d be liking it if these chickens jump out of this box when you’re driving home…Oh My Gosh…I didn’t think of that and he’s right I would NOT like that! Bless his heart he taped that thing tight and did it all without as much as a snicker…

The girls were so quiet on the way home I was afraid the shock of being crammed three together in a rather small box might have ended my career as a chicken keeper before it began! Back home John had everything ready and even took pictures for me as I tried to get them out of that box and into the run. 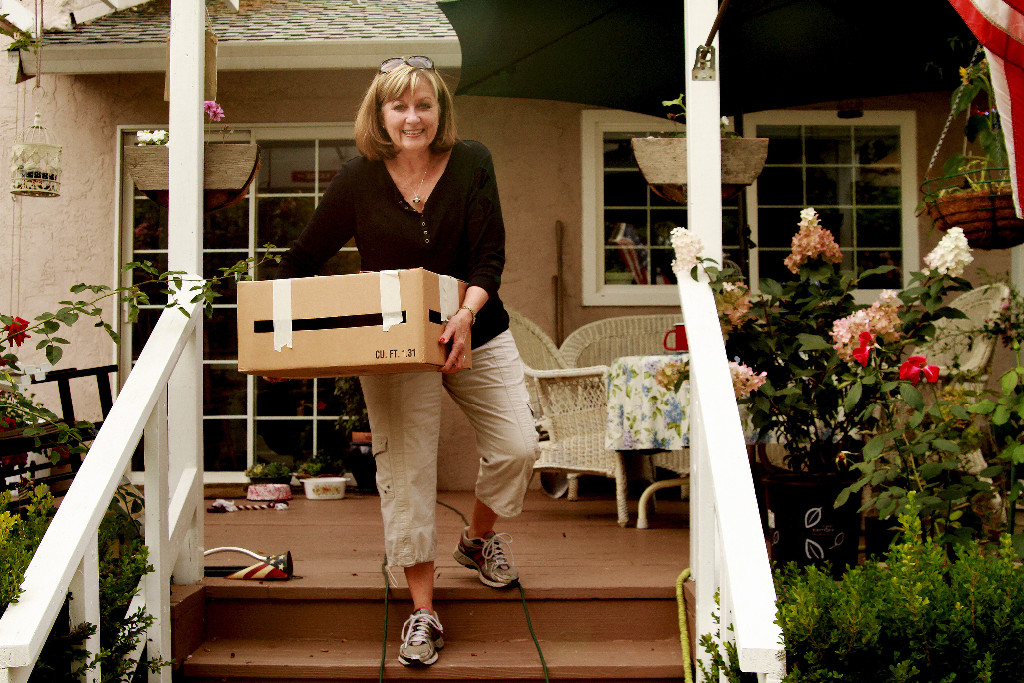 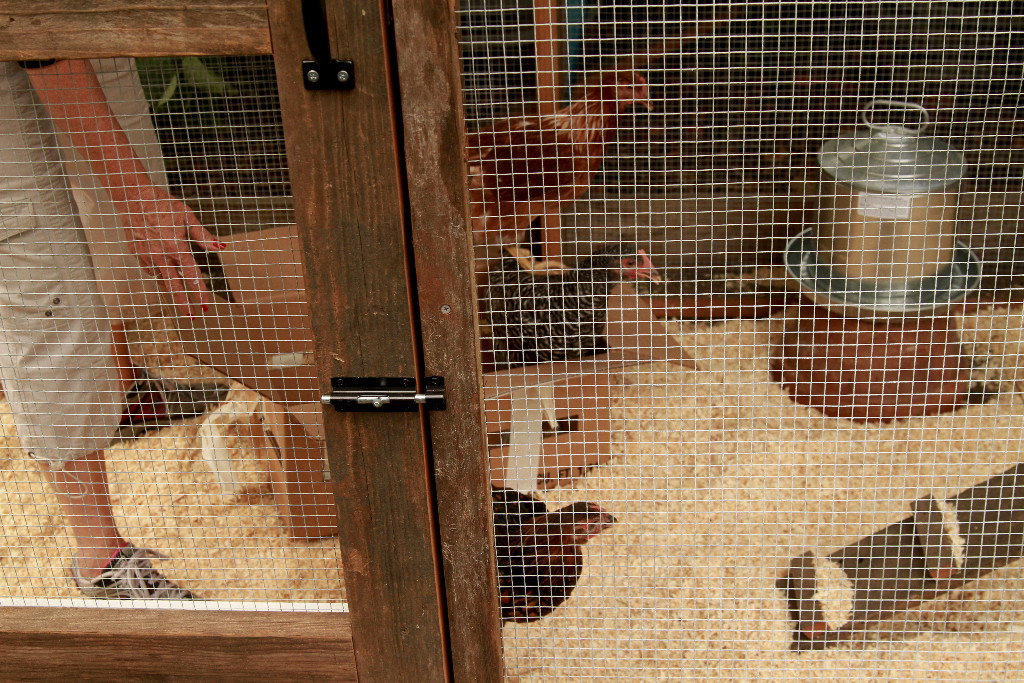 Somewhere I read you should put them directly into the coop when you first get the so they’ll know where to go at night. So, while they were still in semi shock from the short ride home in a dark box I was able to actually pick up each one and lift them into the coop. Where they stayed all night…and all the next morning and all day today… 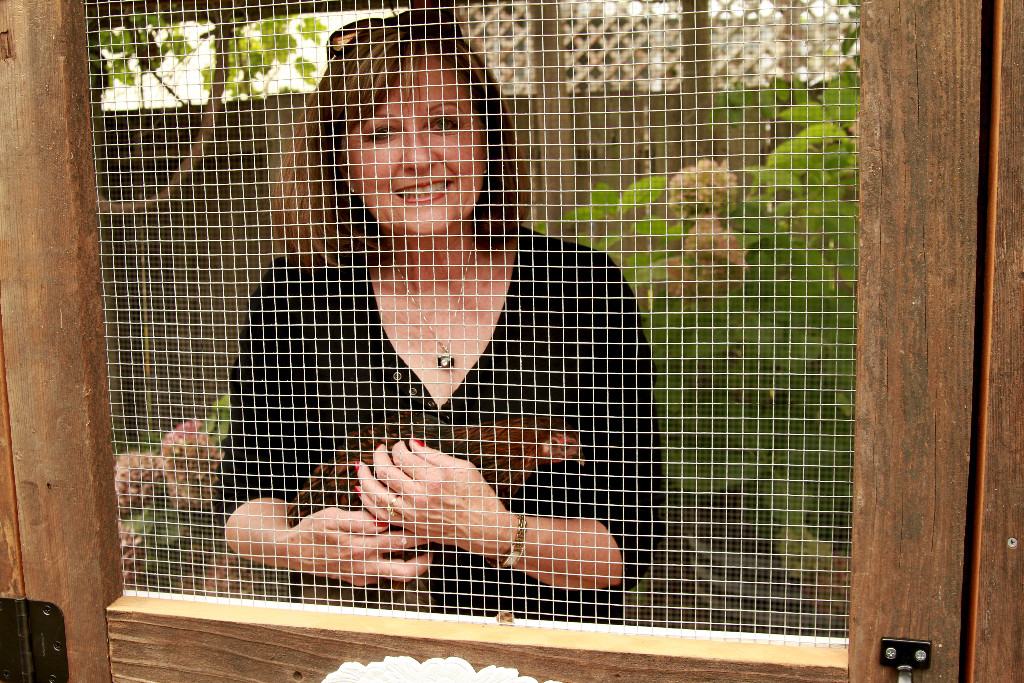 Next: Day Two and Three!

← Garden Logs…Keeping track of your garden’s progress (Free Download)
Moving Chickens Into Their New Home…Days 2 & 3…The Rest of the Story! →

2 Replies to “Moving Chickens Into Their New Home! Day One…”