Recently Elizabeth, a friend and reader, mentioned that when she has roses in a vase she cuts the stems 1/4″ each day and gives them fresh water.  I’ve always done that as well and wondered if it is giving us significantly longer vase life.

I tried it on daisies since that’s what I had blooming…. 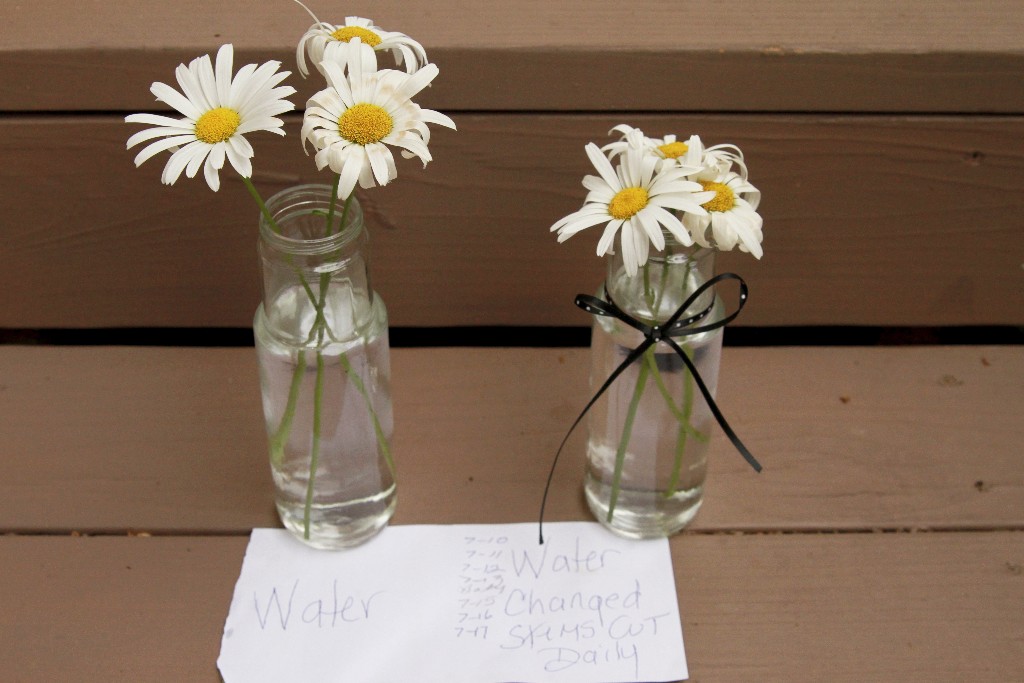 This was taken after eight days. The flowers that received no fresh water and were not trimmed, died on about the same timeline as those I trimmed and freshened every day! The bloom that was still fresh…..well, I’m thinking maybe, even though I tried to pick them all the same, it was a little younger? It makes sense the younger and therefore, fresher the flowers you pick, the longer they last in the vase…perhaps that’s even more important than how you treat them!

Why do you cut the stems? I still think it’s a good idea with roses.  The pores that absorb water at the cut end of the flower take on air and which blocks water being taken up into the stem.  The stem end also gets blocked as the bits of plant material in the water spoil and make the water kind of moldy creating a slimy coating on the cut end. That’s why it is always a good idea to trim off any leaves that will be under water.

So, what about the charcoal test? Here you go….a picture is worth a thousands words: 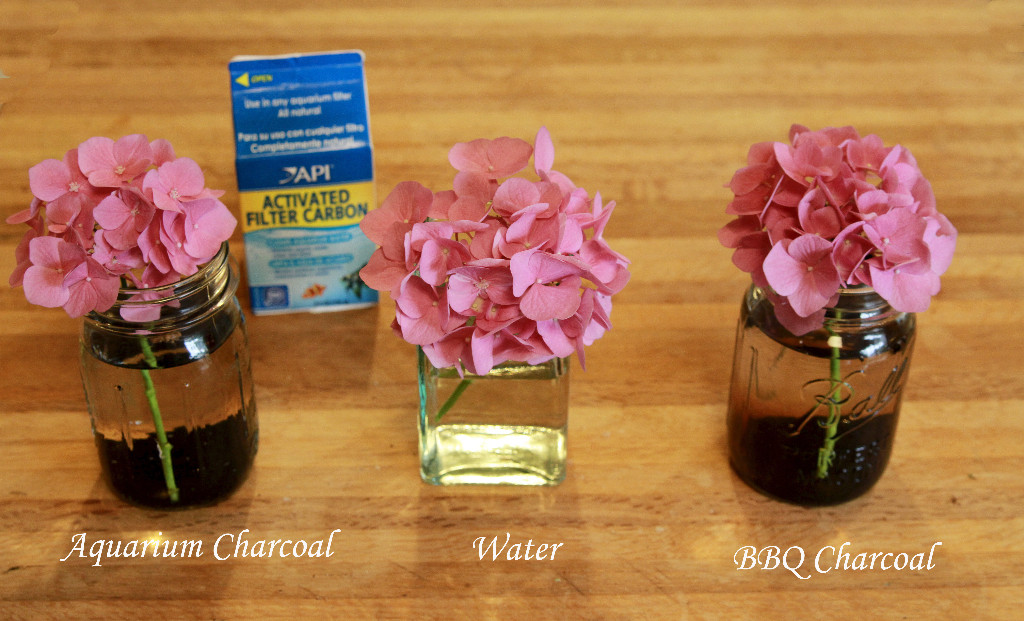 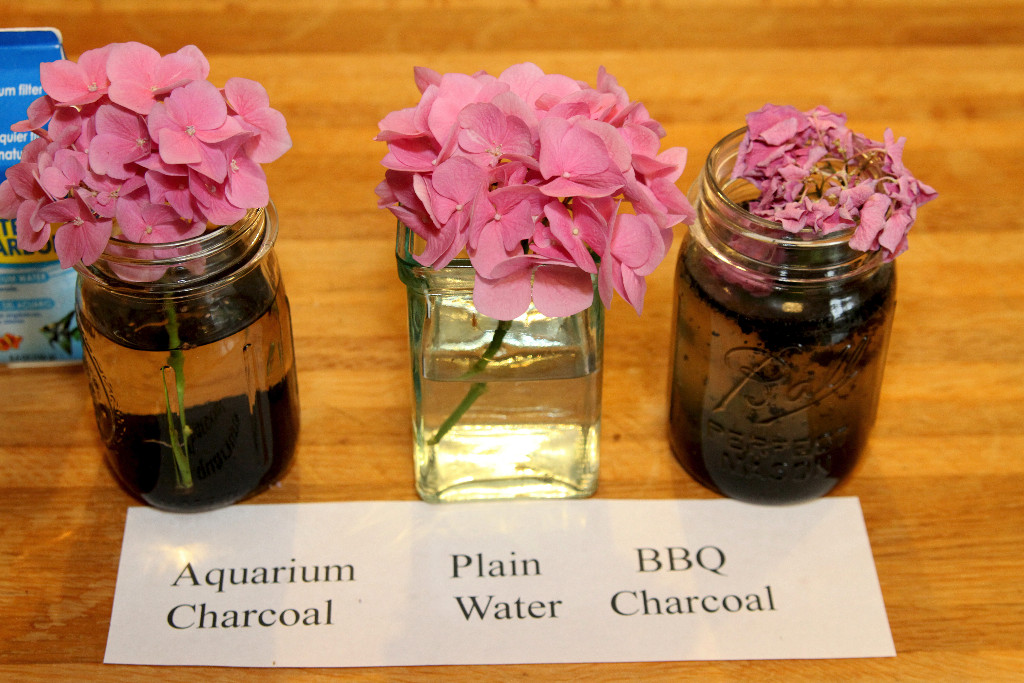 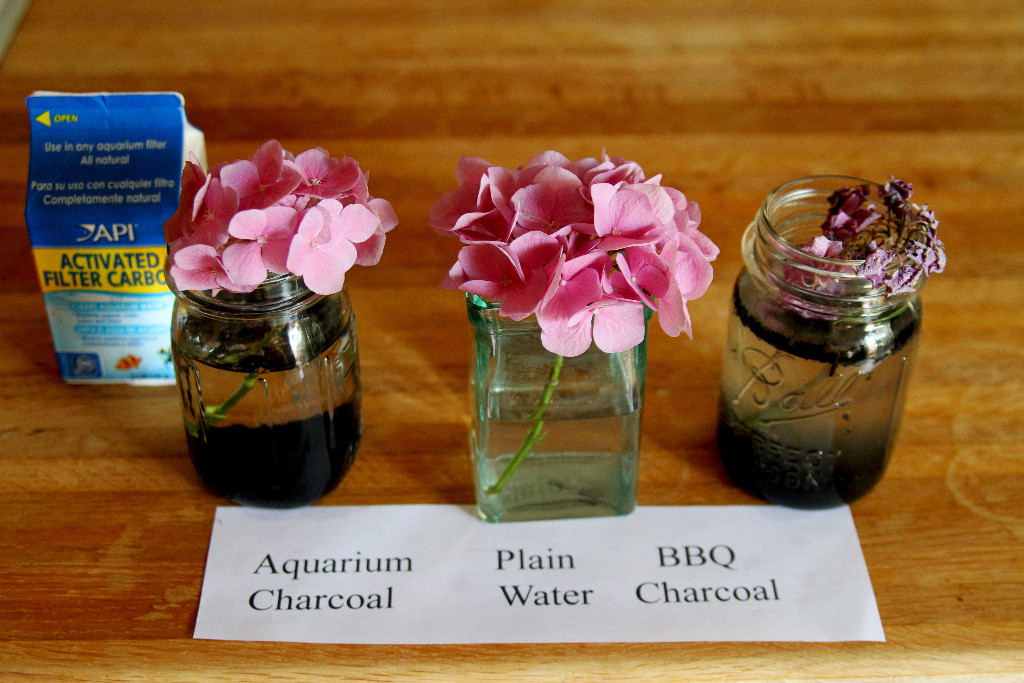 So….I’d leave the briquettes in the BBQ! It fried the blossoms in one day! ( I guess you can’t believe everything you read on Pinterest! ) The activated charcoal, which I really thought would keep the water fresher, didn’t seem to make any difference at all! I’d keep going but they’ve last a long time and I need my butcher block back!

← Garden Legacy – Passing on the Love of Gardening to the Next Generation
Beans…time to replant and other garden chores! →