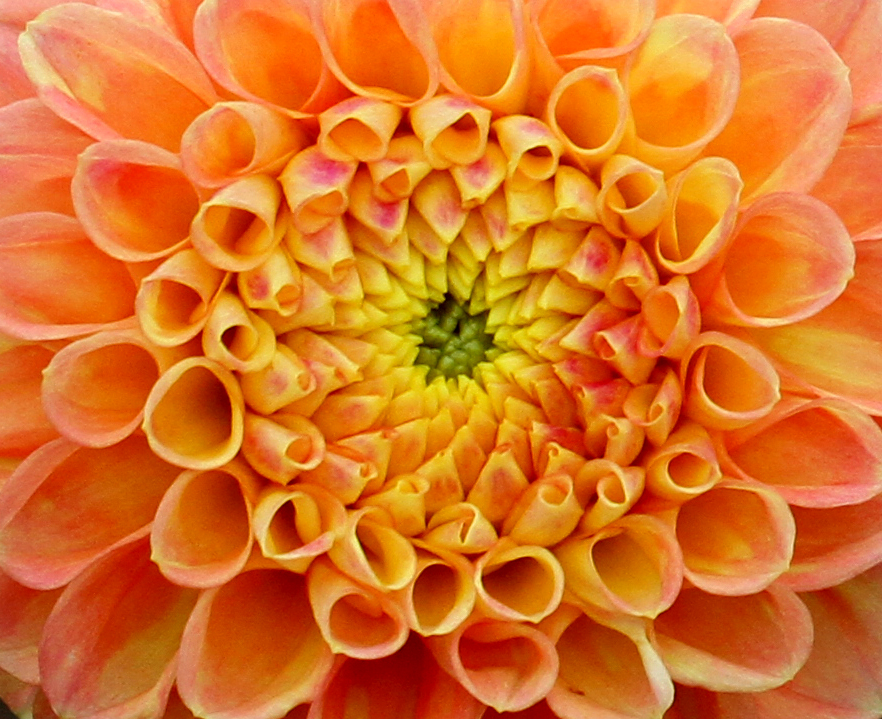 August is when Dahlias come into their colorful glory! Most people look through catalogs to select those they can’t live without and then order tubers which are delivered the following spring.

Here in Sonoma County  we can drop by Aztec Dahlias in Petaluma, Calif.  and see in person which Dahlias are on our “must have” list before placing an order! The blossoms first caught my attention at the Wednesday Night Farmers Market where buckets of fresh cut dahlias are for sale each week. Then, last year, a friend mentioned driving by a field of dahlias along Old Adobe Road in Petaluma and I made the connection! We drove down right away but they had just cut nearly every flower in their fields for a wedding, so I had a note on my calendar to contact them and go back this year. 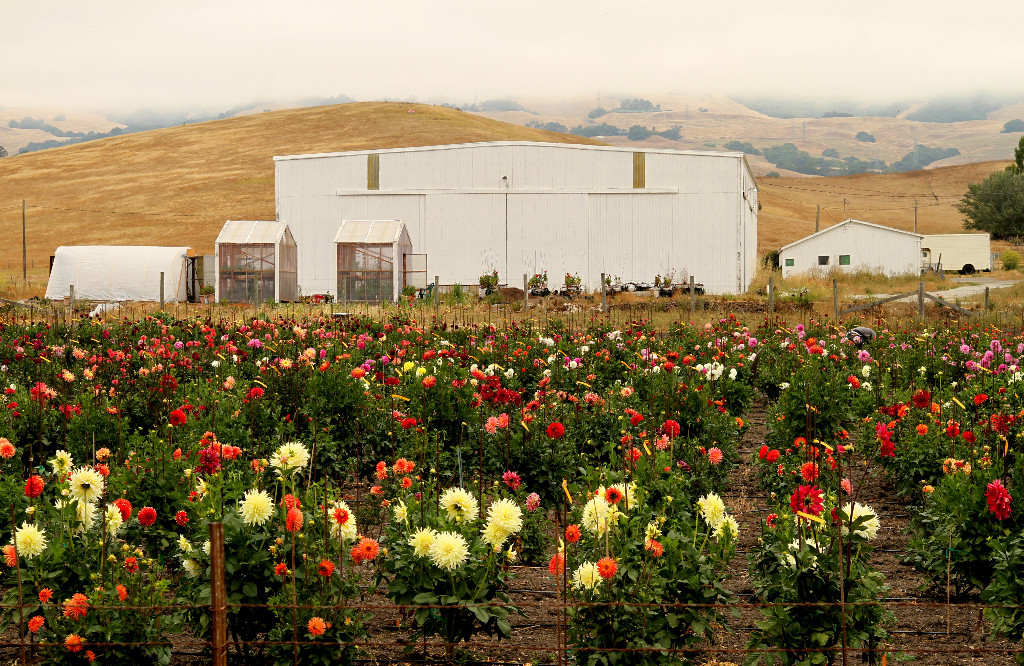 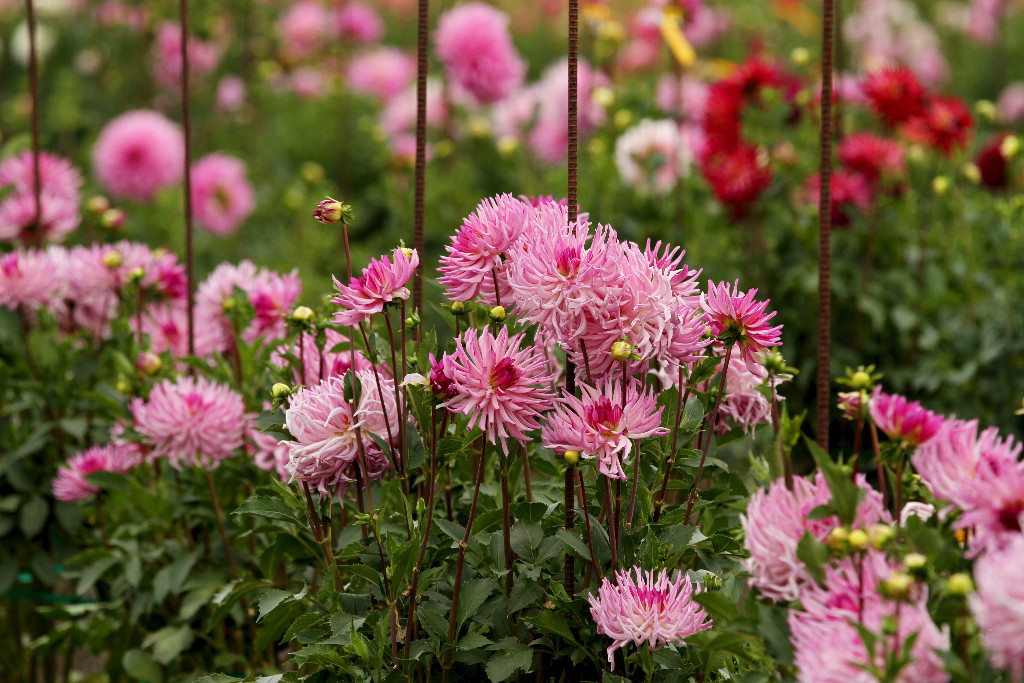 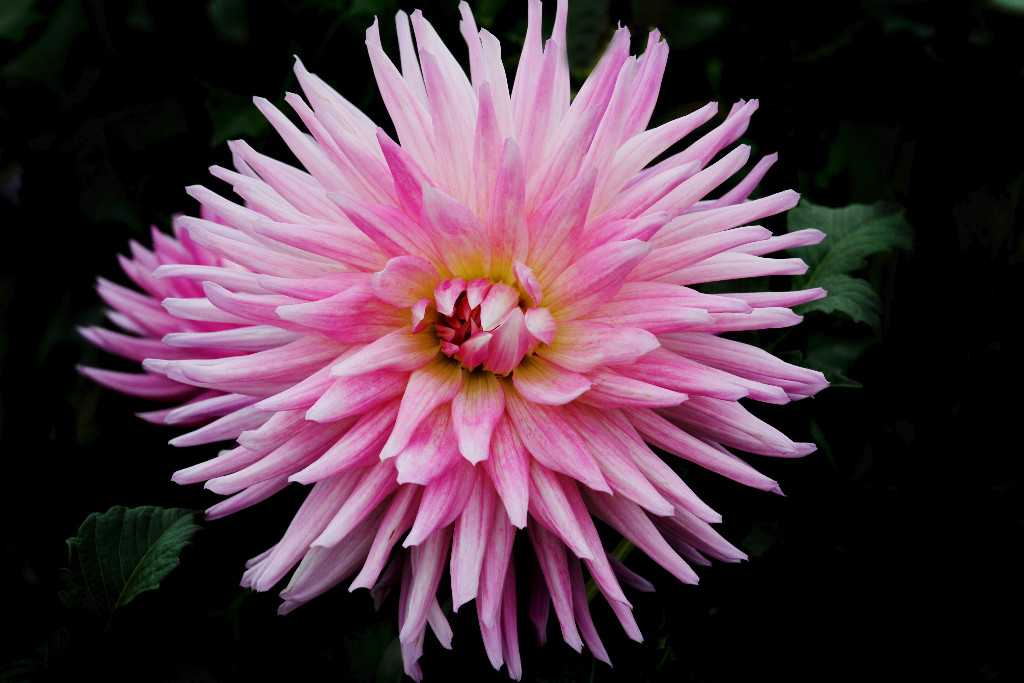 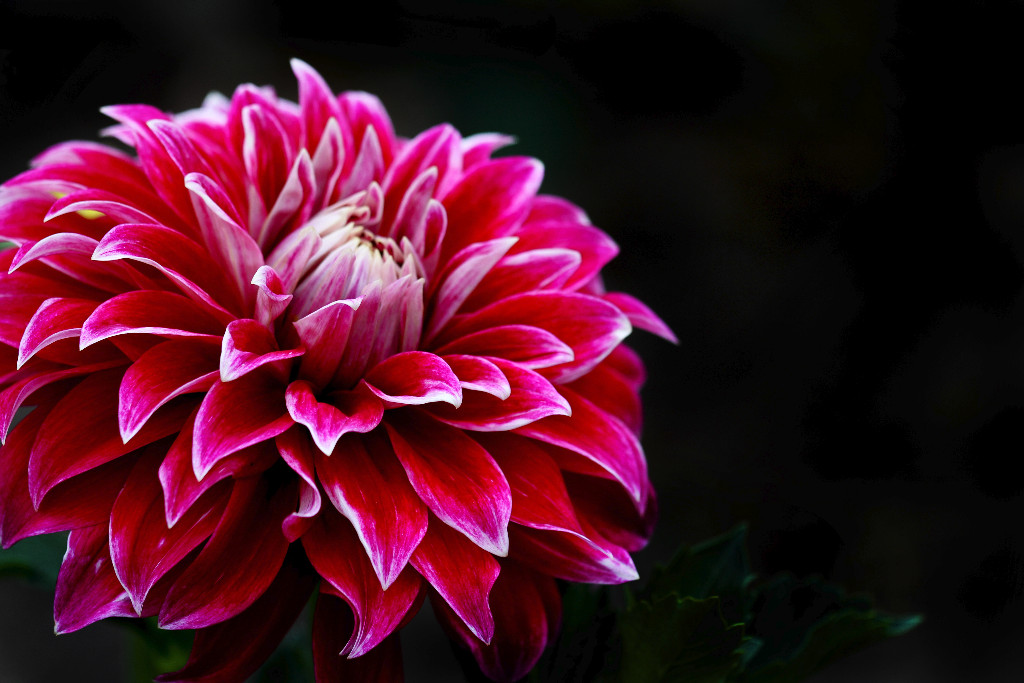 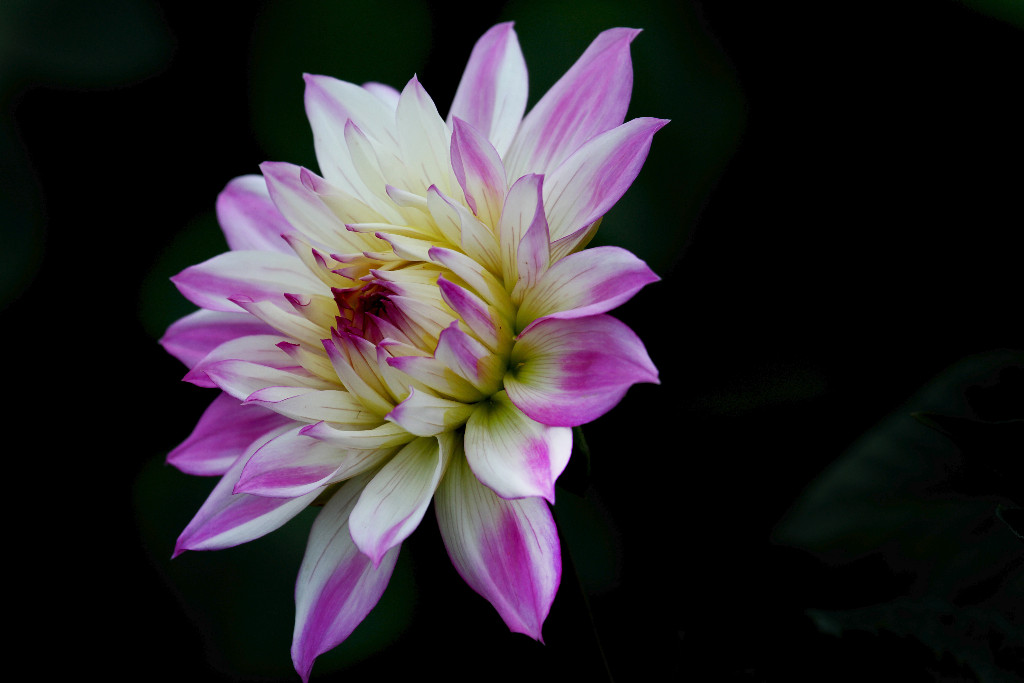 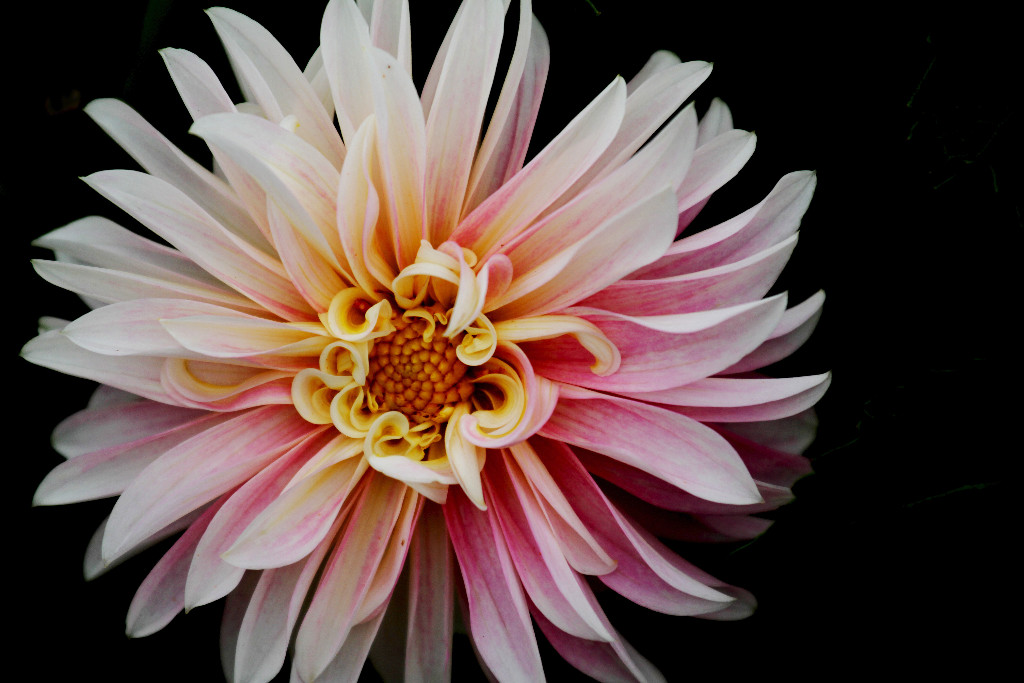 Dahlia Care: Talking to Jamie, (the owner along with his wife Rosa), I found that dahlias come in nearly every color except blue. They grow in average soil  with regular watering (right now their drip system is running an hour and a half about 3 times a week) but the plants do  like to dry out a little and not become soggy with too much water .Drip watering is best…you don’t want to wet the leaves. Their farm has adobe clay soil which they amended with manure the first few years.  Now they plant and turn under a cover crop which seems to work better for them.  He also suggests trimming off the bottom leaves to help with air circulation and to help keep bugs like spider mites from crawling up to dine on your plants! 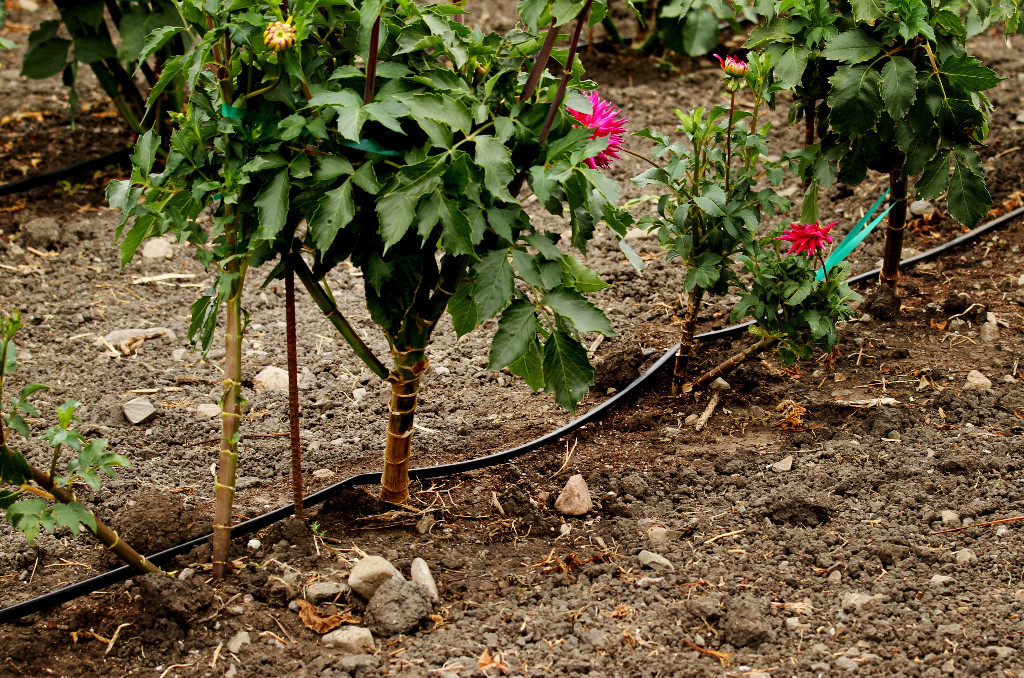 He adds plant food to his watering system a few times during the growing season but cautions against  food high in Nitrogen after the beginning of August since that encourages leaves instead of tuber development . 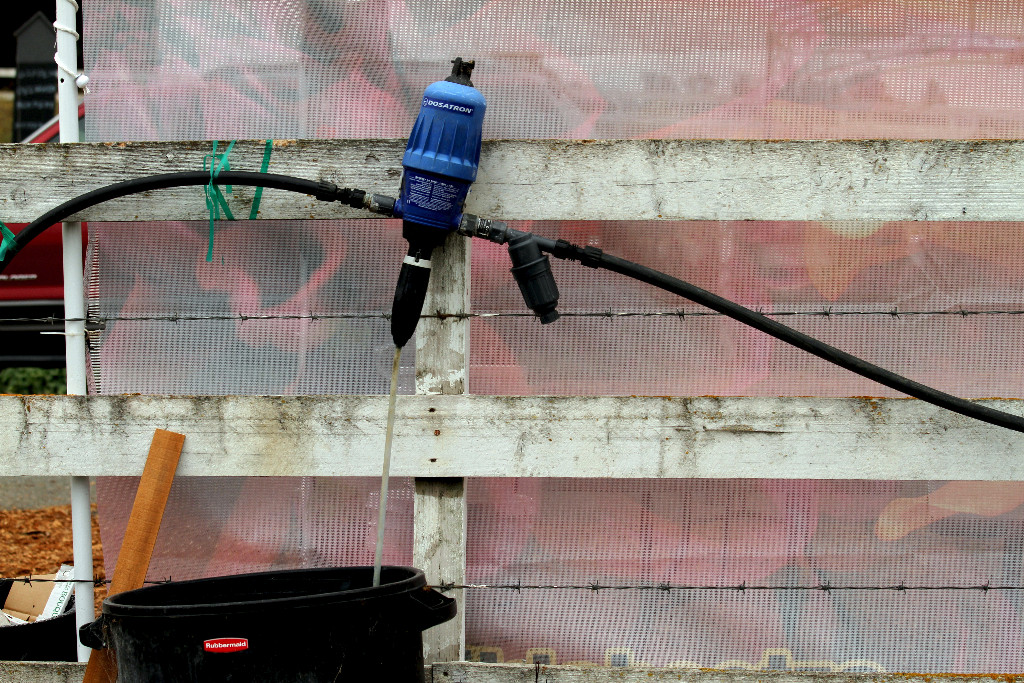 Jamie also recommends snipping off all but two good shoots after year two to produce a strong plant on a strong stem instead of  weak multi-stemmed plants. As those stems grow “hug” the plant and wrap green plastic garden tape around the plant to hold it upright. They drive a piece of rebar next to the main stem to which the tape is tied. 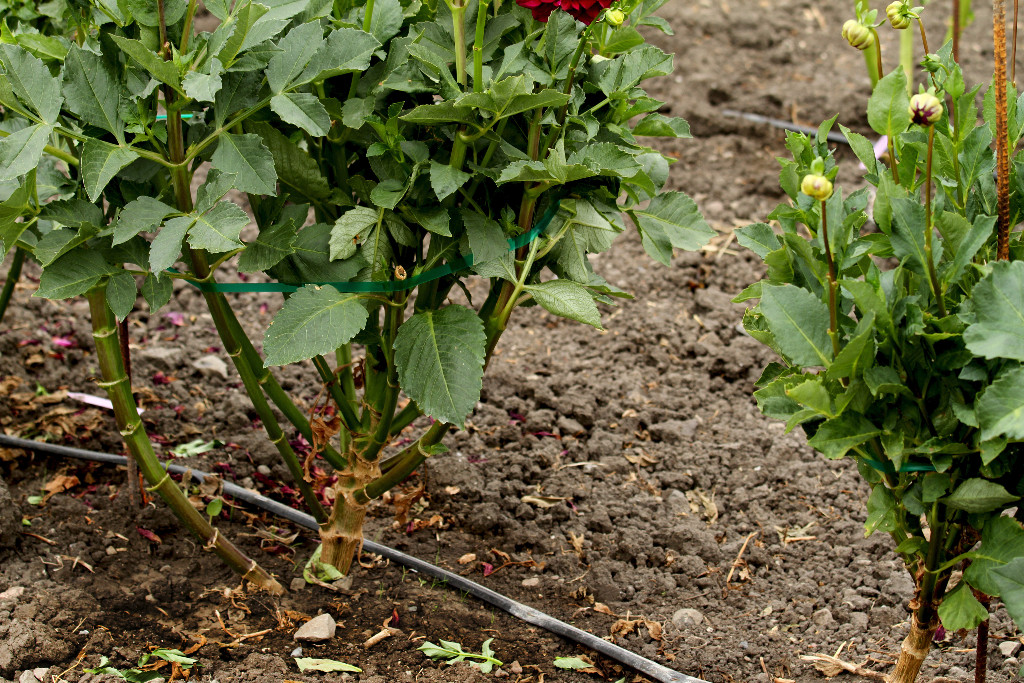 The only problems I have experienced are leaf miners, which disfigure some of the leaves but don’t hurt the flowers, and mildew, which proved to be a bigger problem. Leaf miners don’t harm flowers and can be sometimes be controlled by  picking off affected leaves as soon as you notice them. 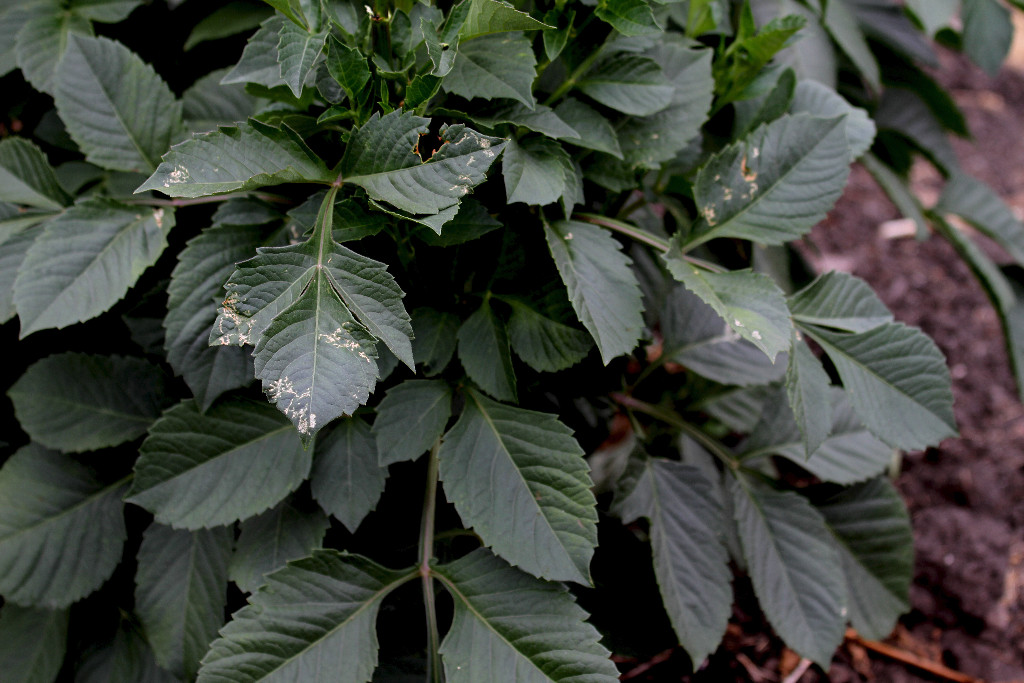 To control mildew Jamie suggested planting tubers where the plants will get full sun and dry off quickly after a damp foggy morning. Last year one of mine was in a spot where the sun didn’t get to it until later in the day and it was covered with mildew. This year it gets some nice morning/afternoon sunshine and no mildew in sight!

I asked Jamie what he liked best about dahlias and he didn’t miss a beat before saying, “the diversity!” The many forms, colors, shapes, sizes….you can have such variety when you plant dahlias! The flowers on a single plant even change as they mature and open: 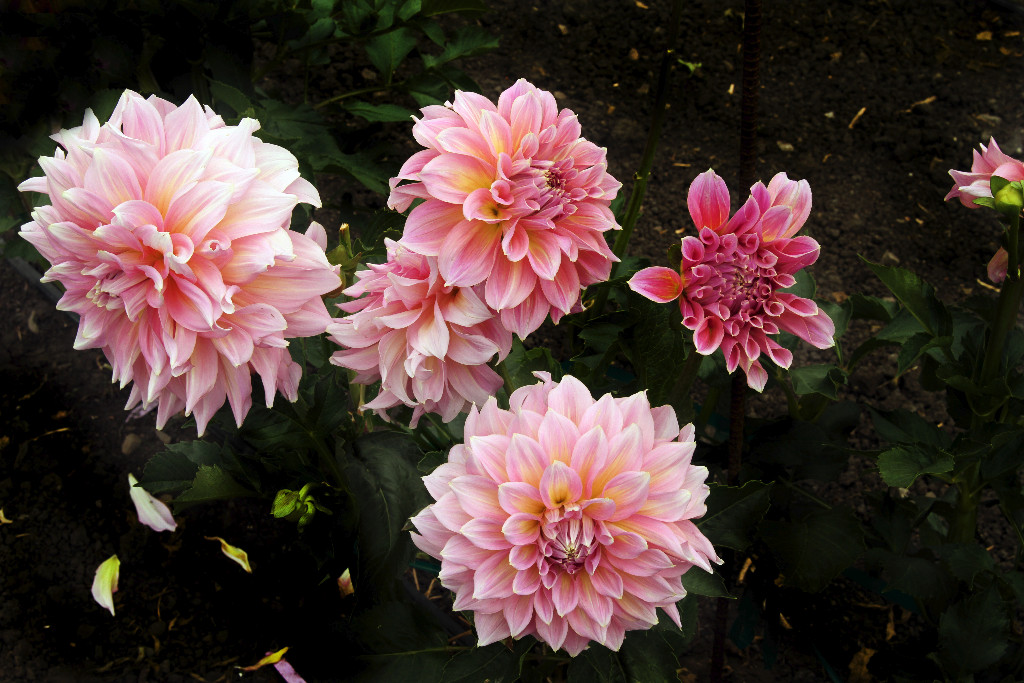 Their plants are all clearly labeled at Aztec Dahlias so it’s easy to identify the ones you like: 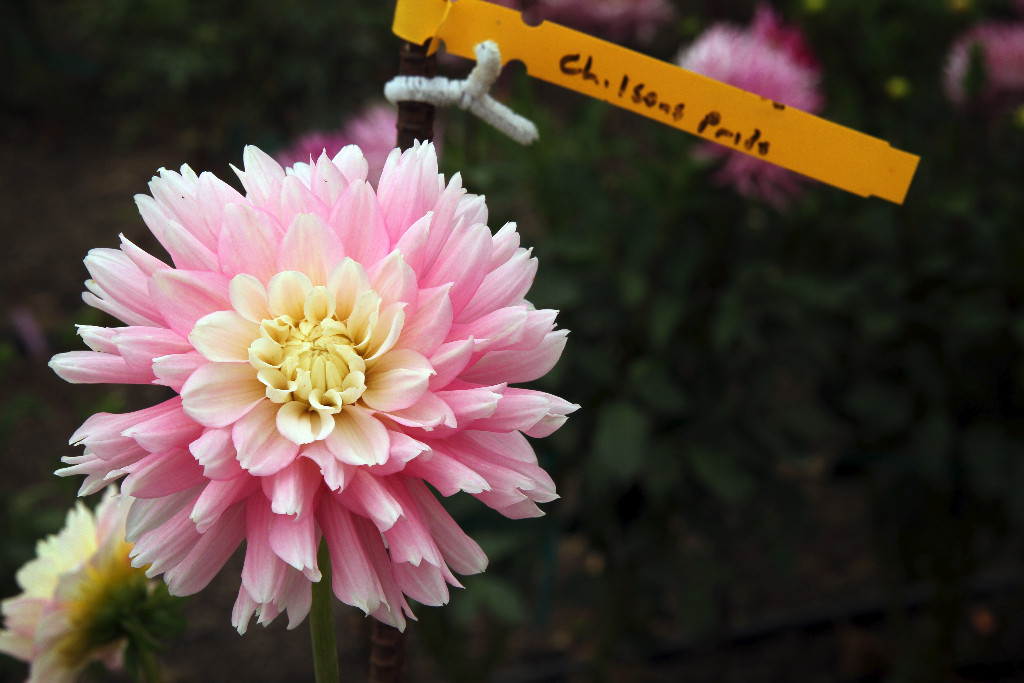 If you see one here you simply must identify, please let me know in comments and I’ll find out for you! 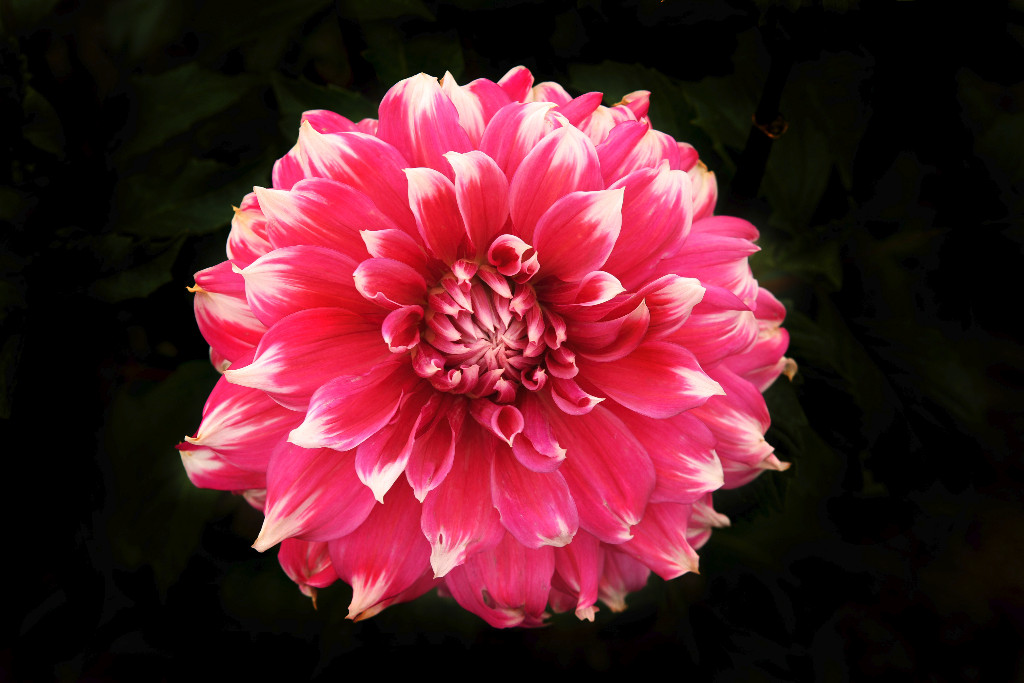 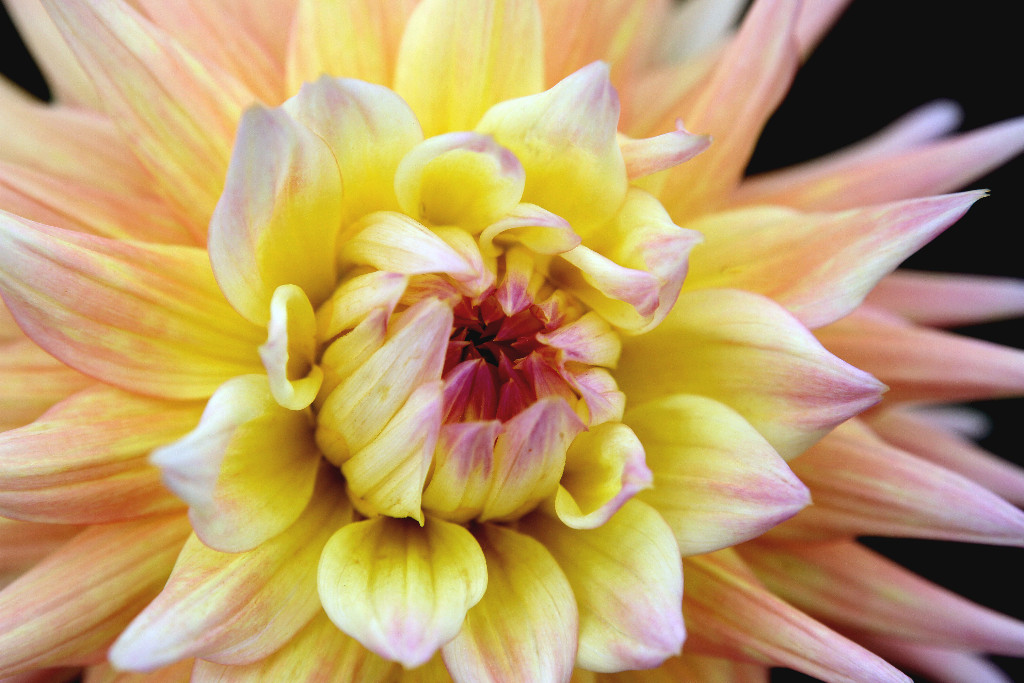 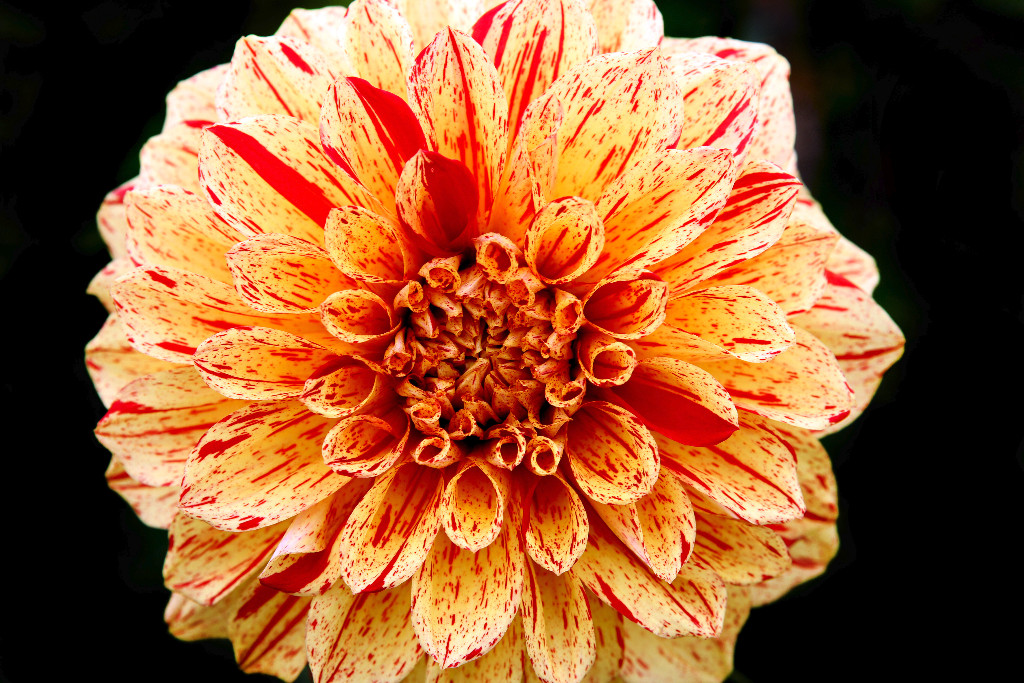 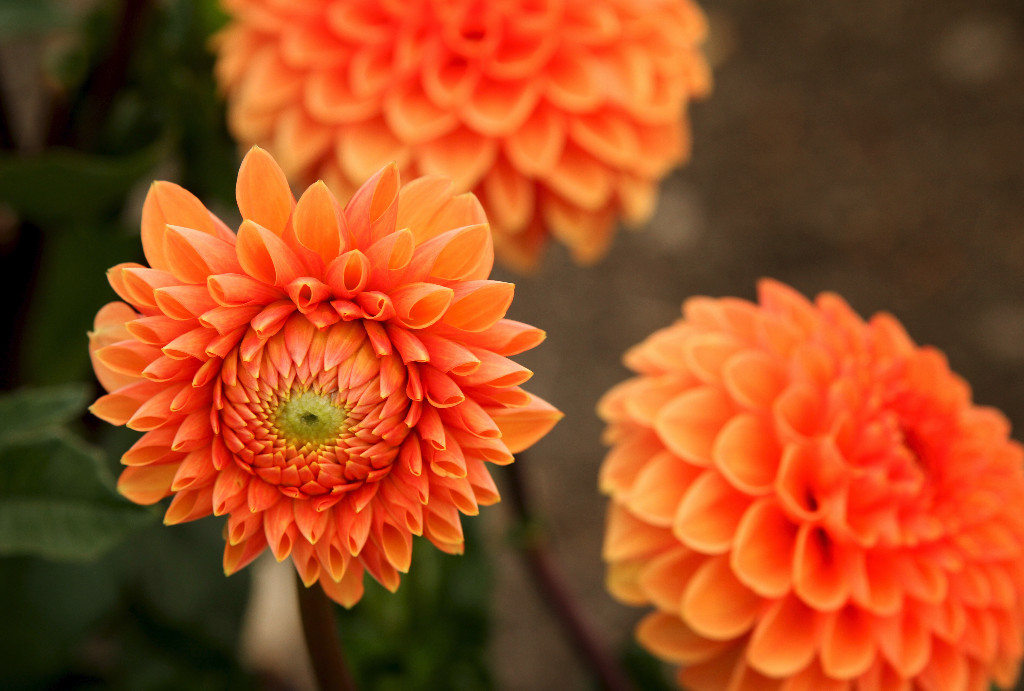 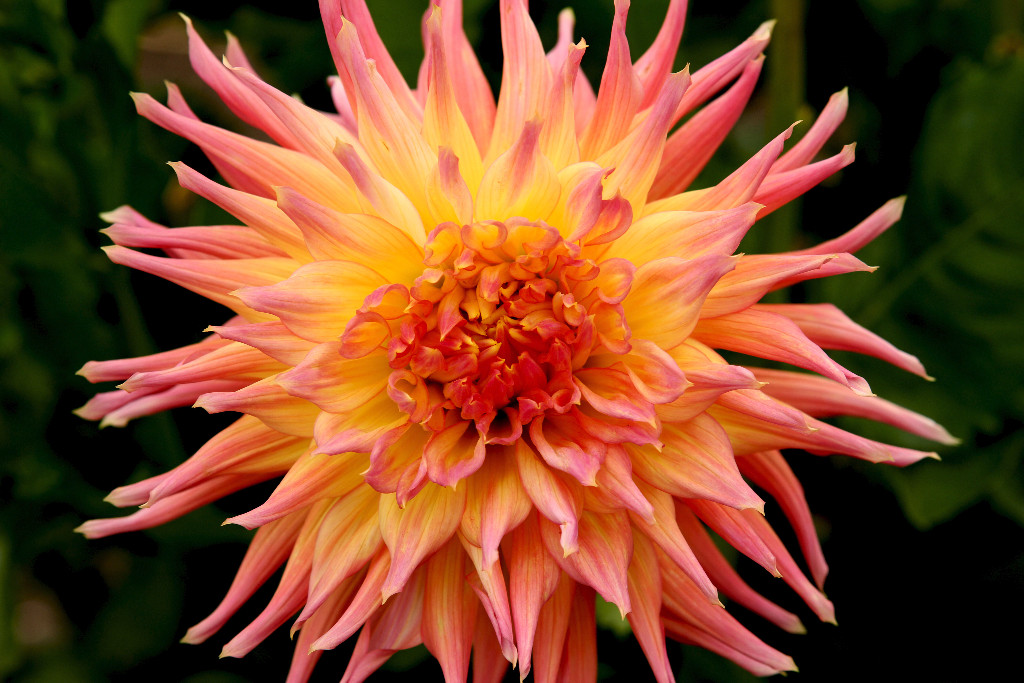 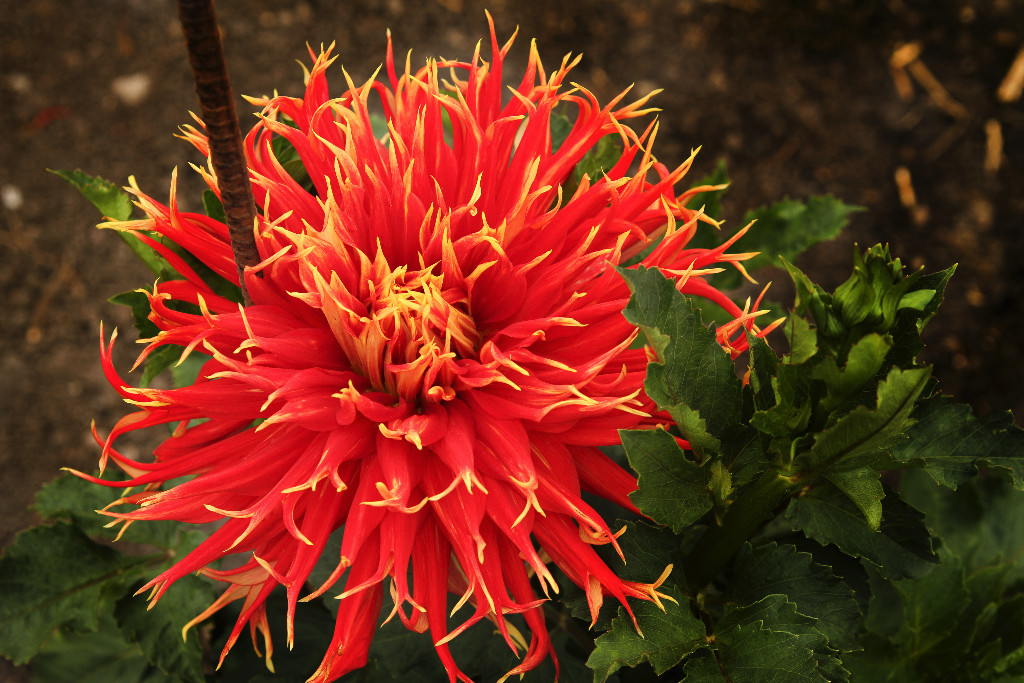 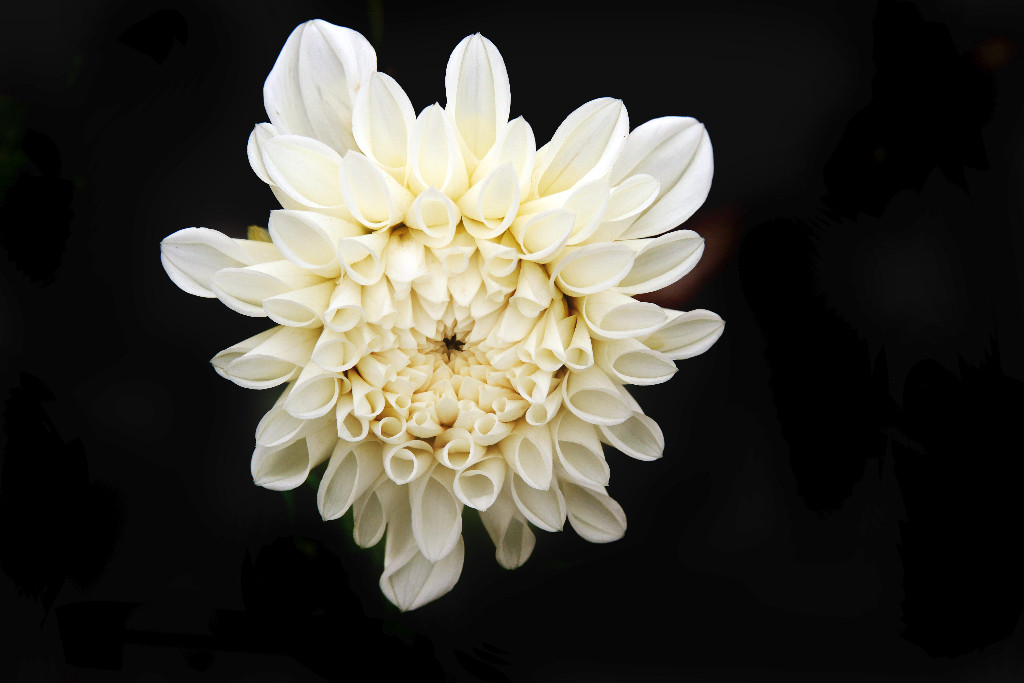 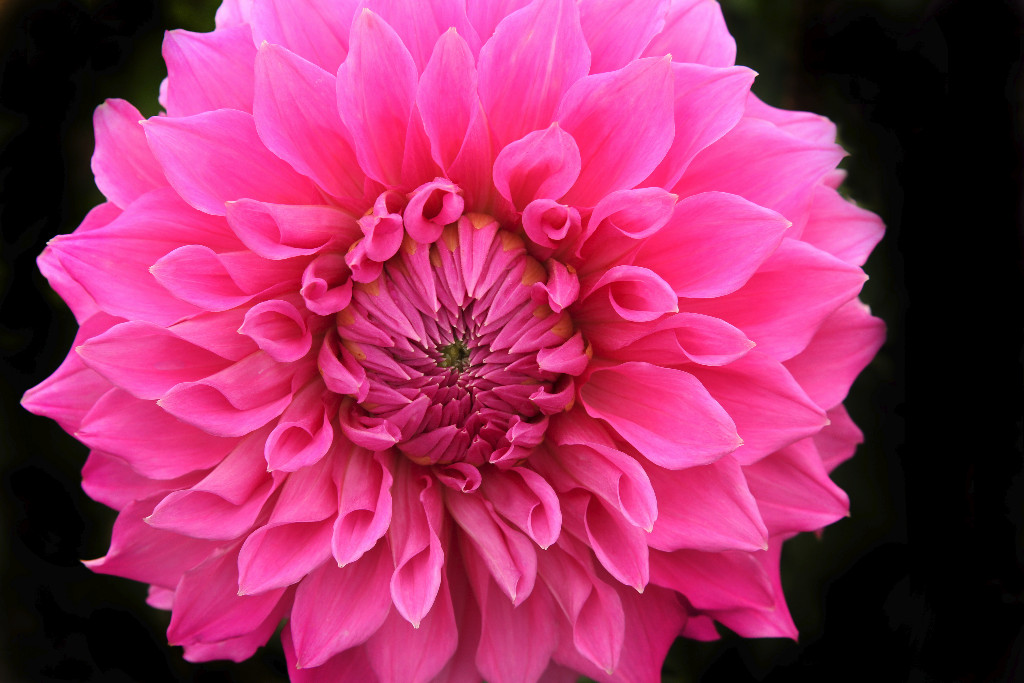 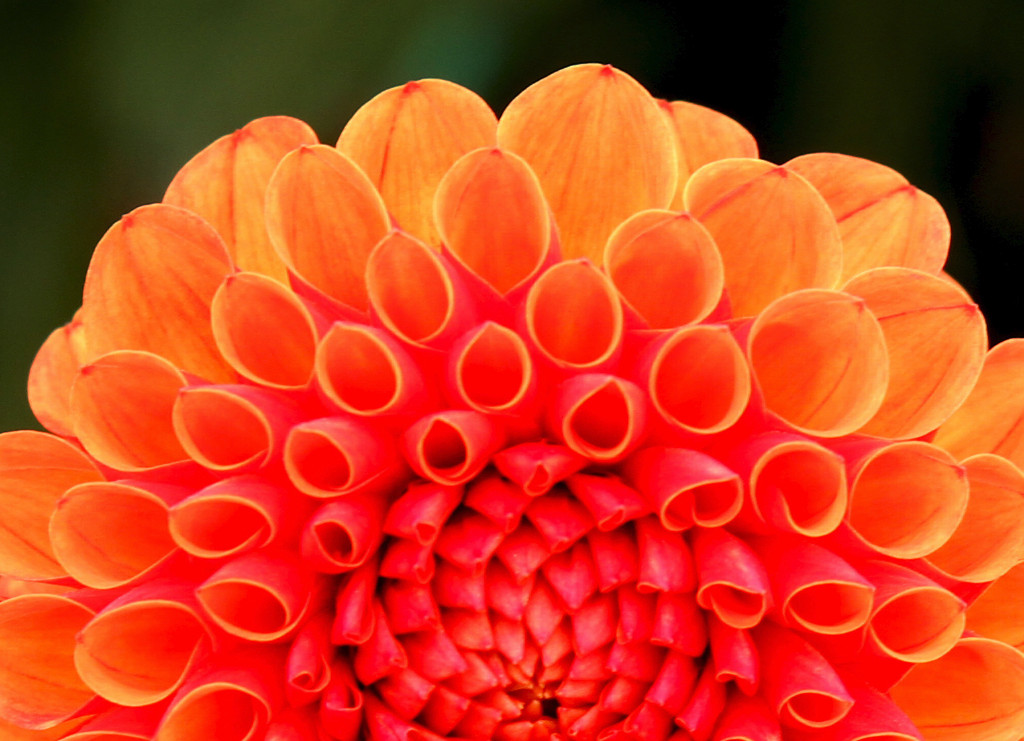 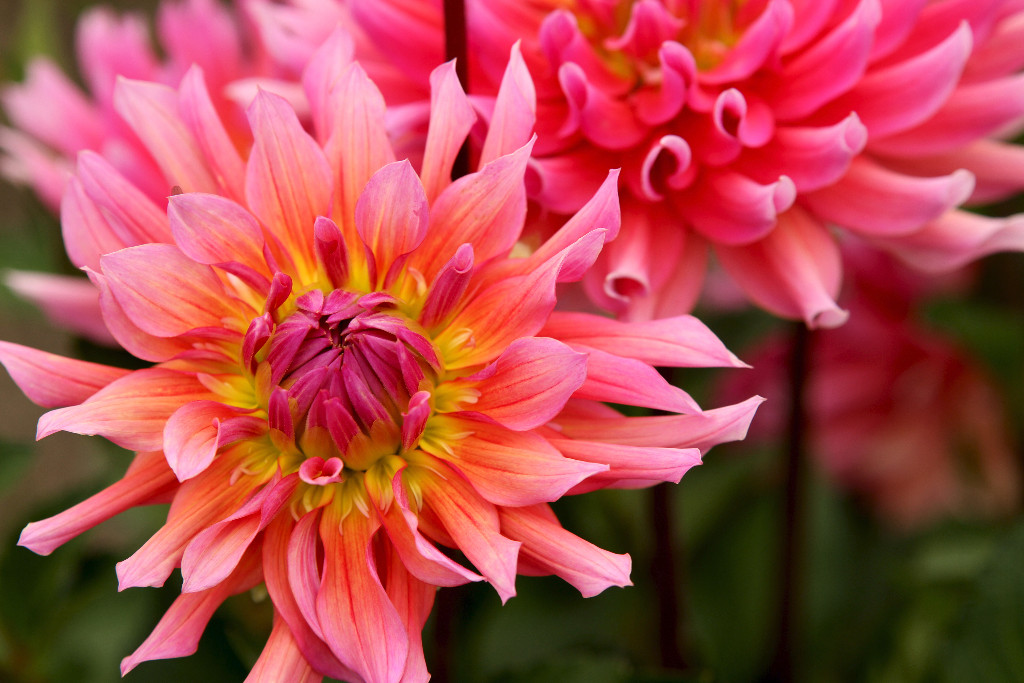 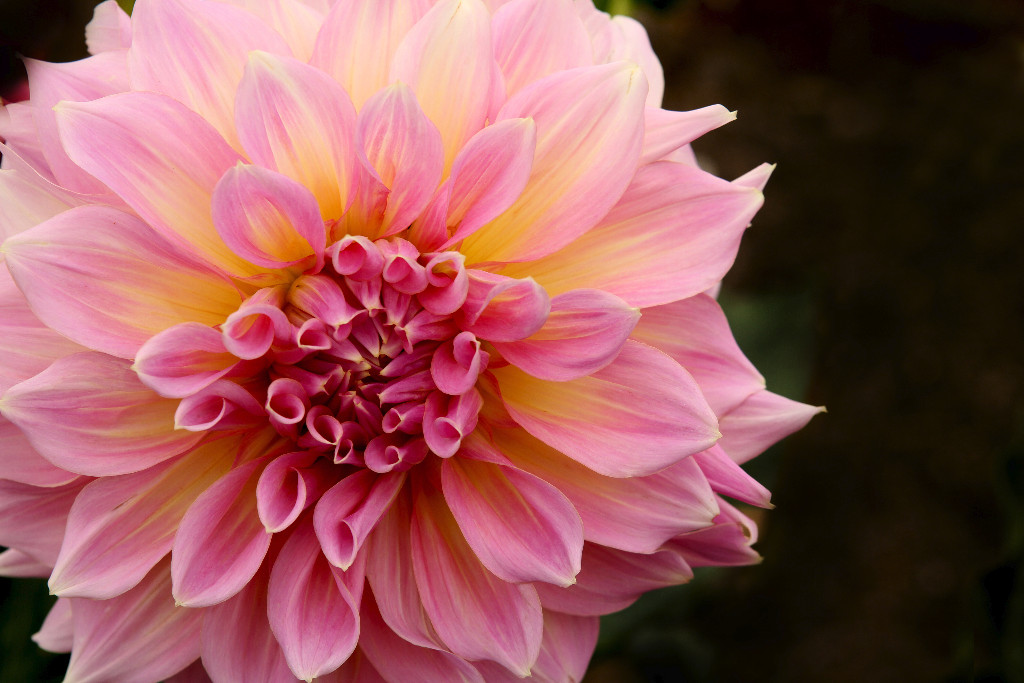 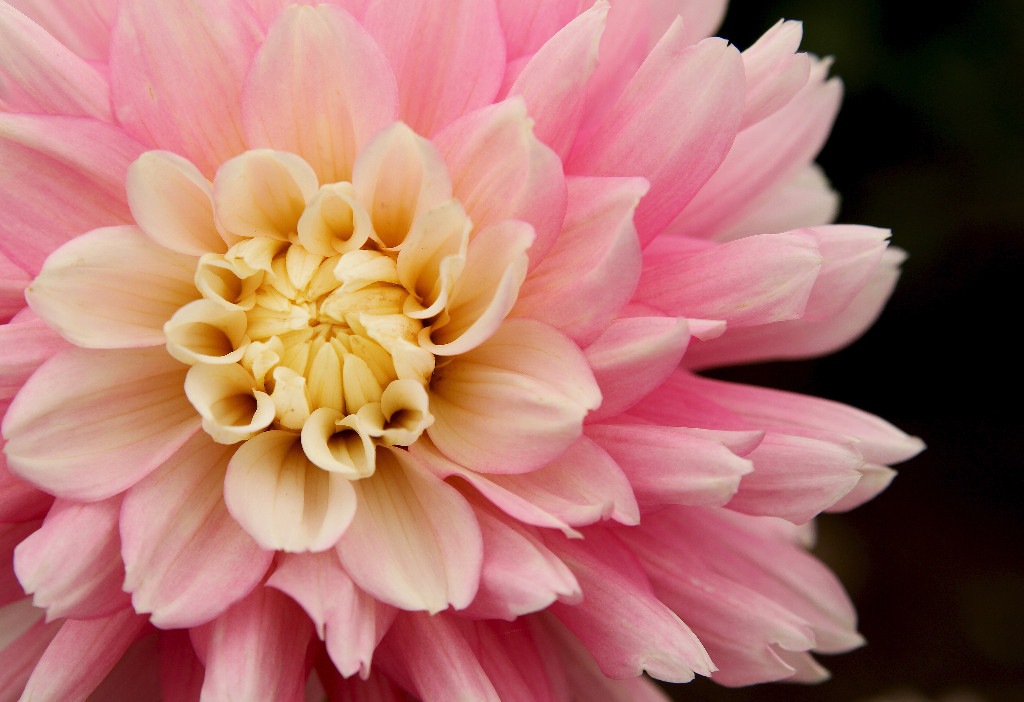 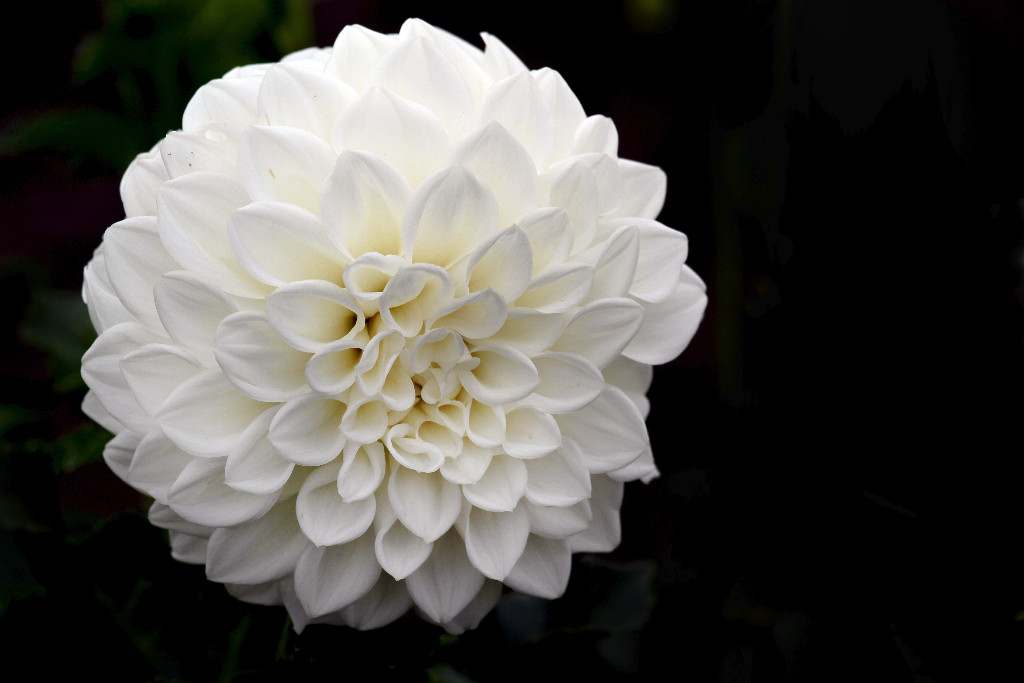 Cutting Dahlias: Since Aztec Dahlias sells cut flowers at farmer’s markets as well as shipping tubers, I was excited to get tips from Jamie about picking  a good dahlia bouquet. To  guarantee your bouquet will last as long as possible, select or cut flowers before any of the center petals open.  Flowers should be partly open but don’t buy flowers or pick flowers for the vase that are fully open or they will only last a day or two. If the center is still fully closed  and you change the water regularly you’ll get a week or so from your bouquet.

If you want great variety in your flower garden you’re sure to get just that by planting dahlias!

For some great information on dahlias, to order tubers or for links to dahlia societies visit Aztec Dahlias.