Ladybugs in the Garden

Last week we talked about visiting A Better Way Produce & Nursery. At the end of the visit came the best part! Have you ever seen 8,000 ladybugs all at one time? It’s amazing!  They were stored in a muslin bag,which was inside a brown paper bag, where they had been kept in the refrigerator until being released.  After giving them time to warm up and acclimate, the ladybugs were released to begin feasting.  At first they came out slowly… 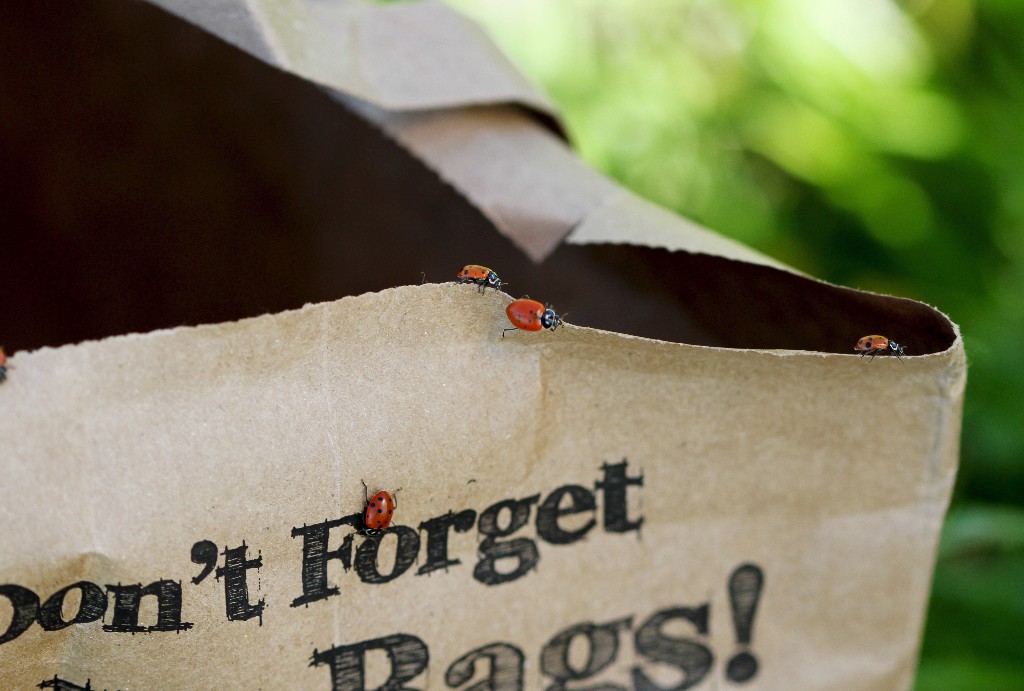 Then Brita reached in and took out a “nest” full of them, never flinching as they crawled up and down her arms (though she tells me they can and do bite!). 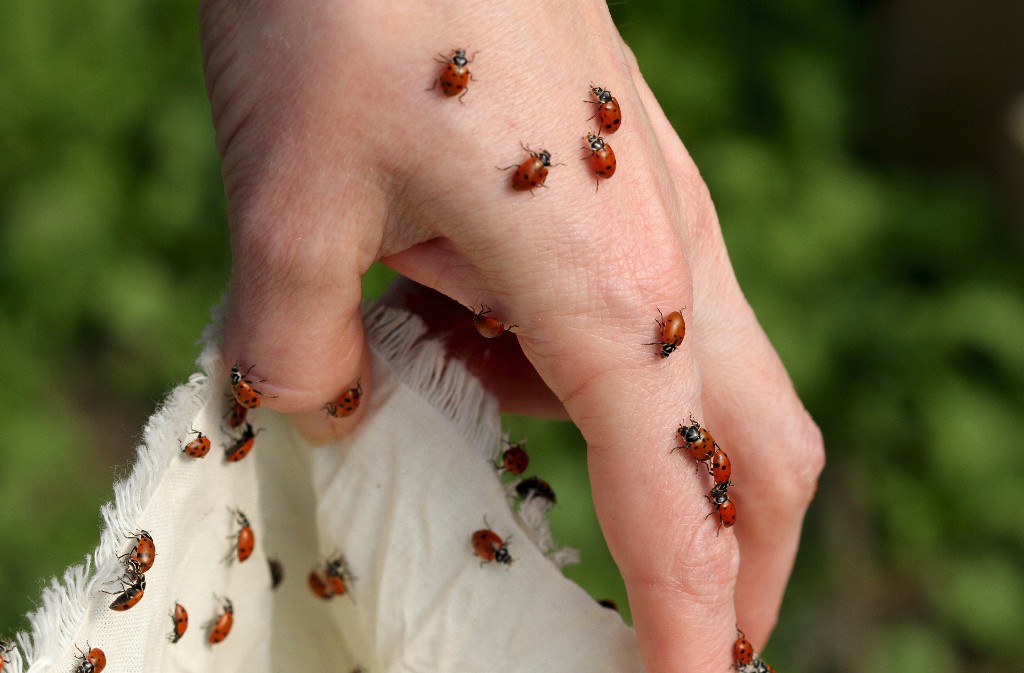 I thought they might all fly away but they crawled all over, including all over each other: 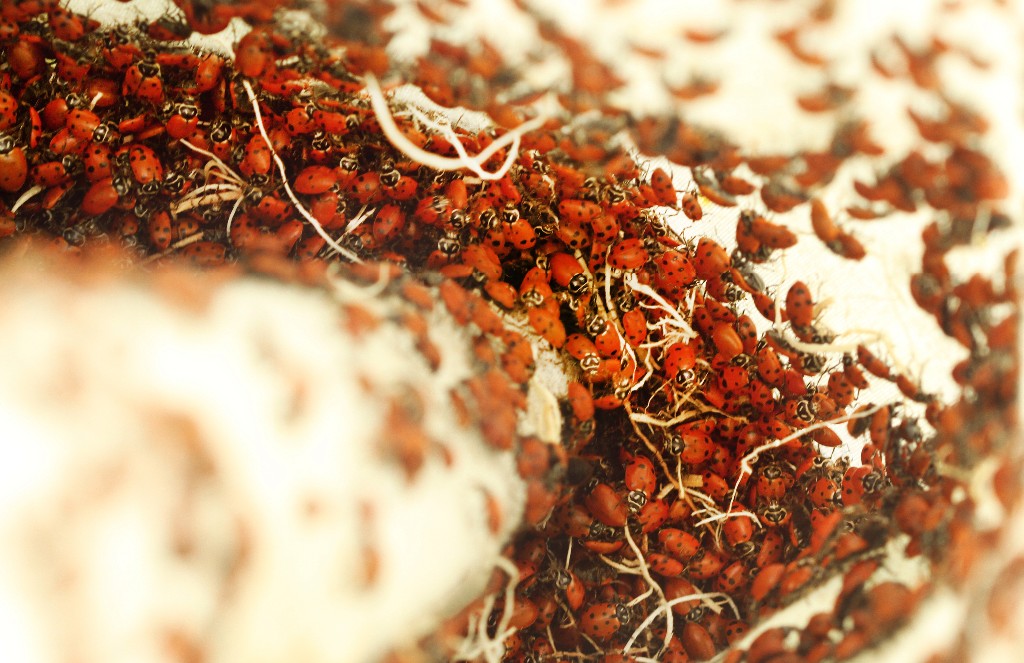 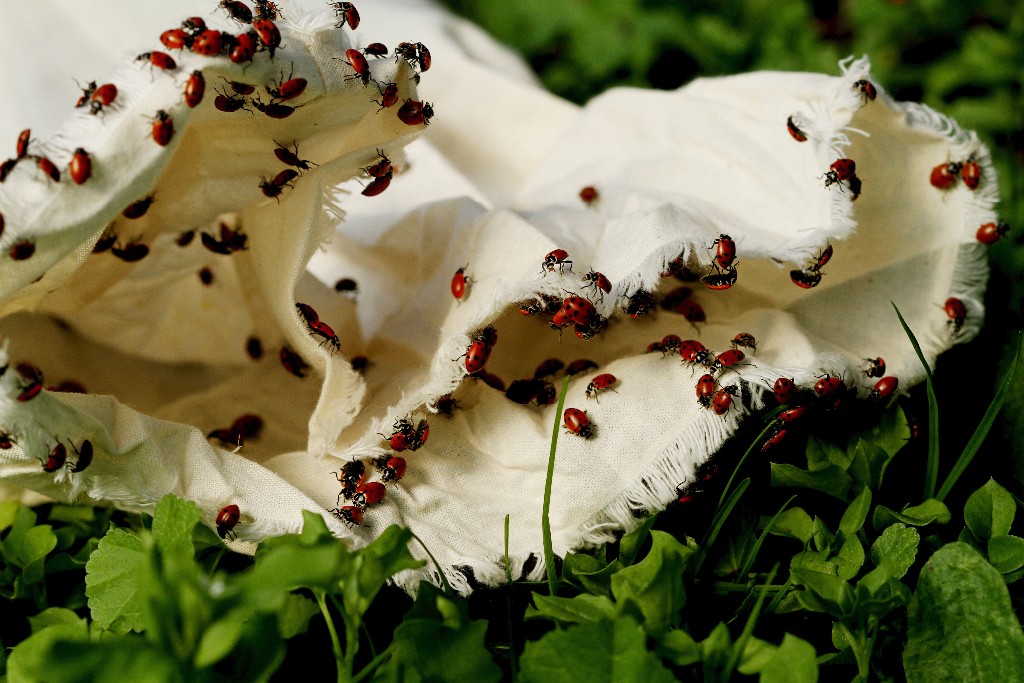 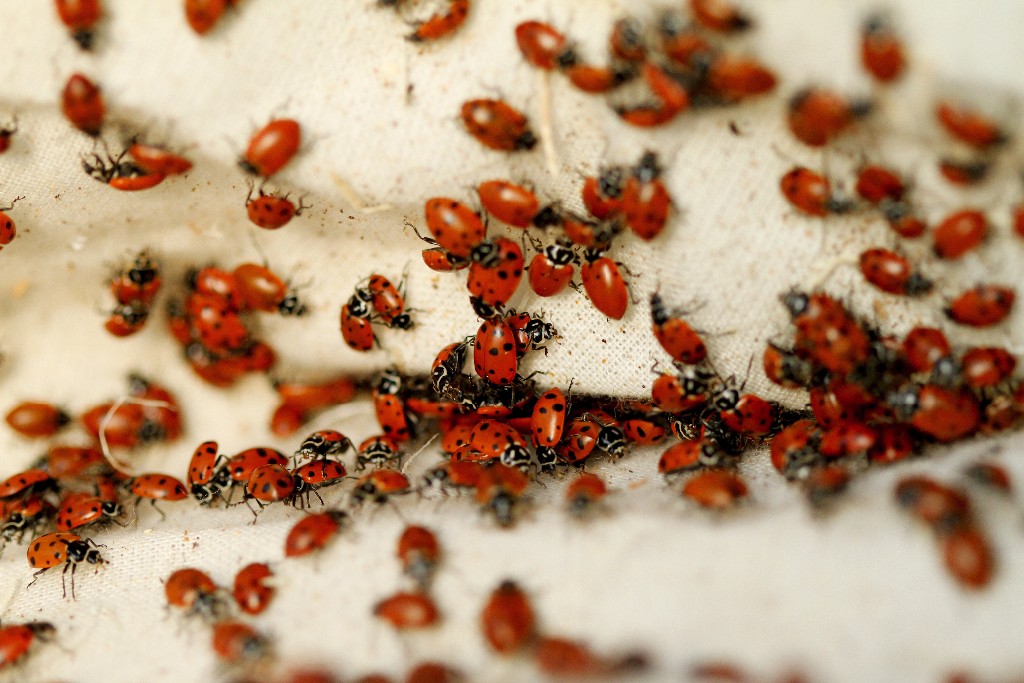 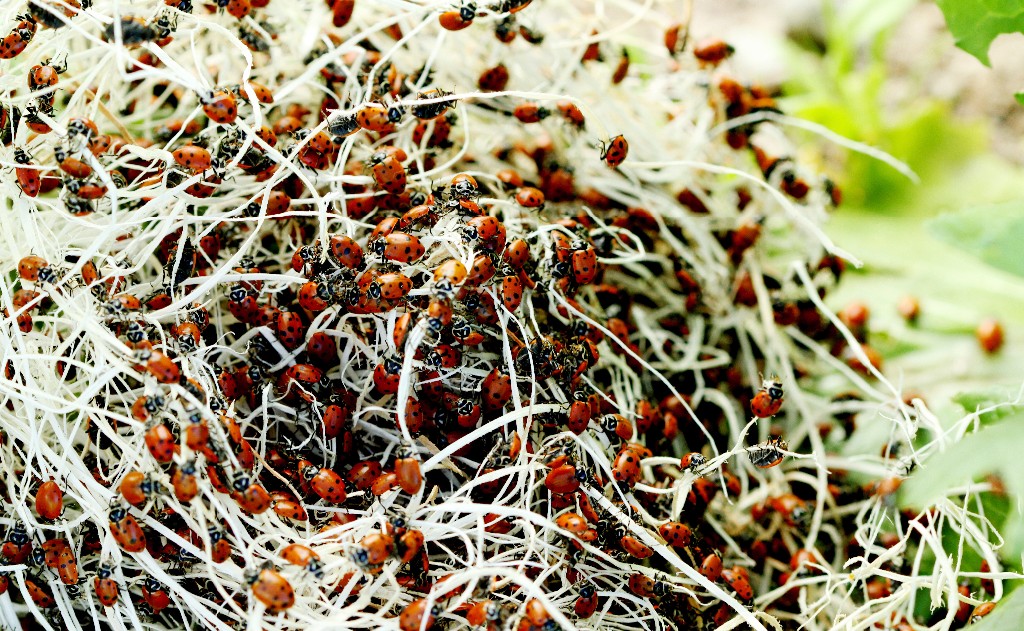 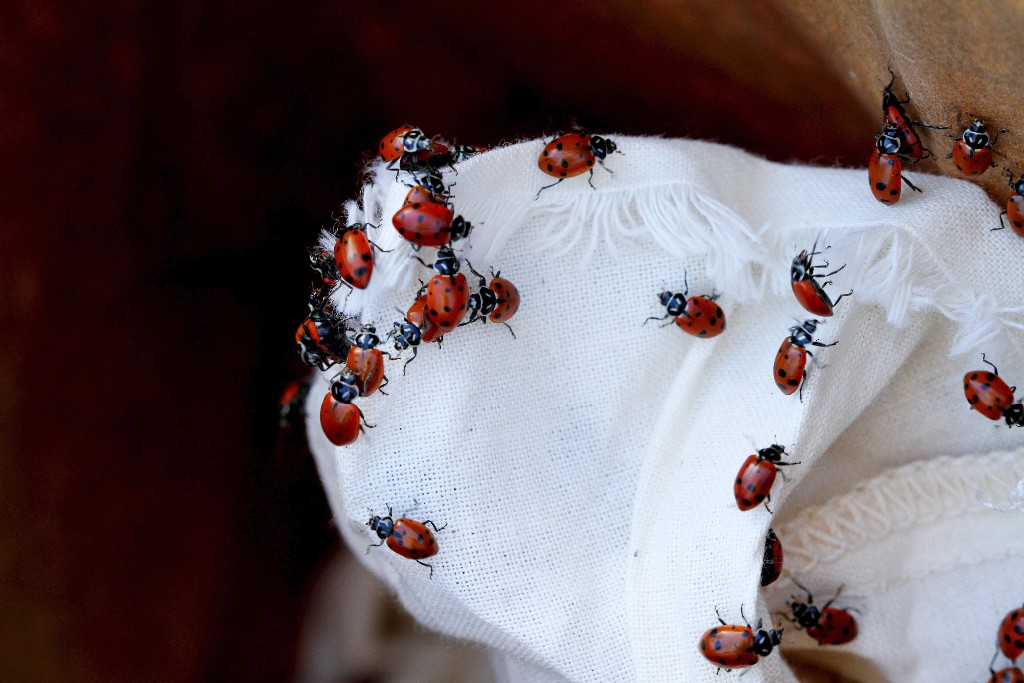 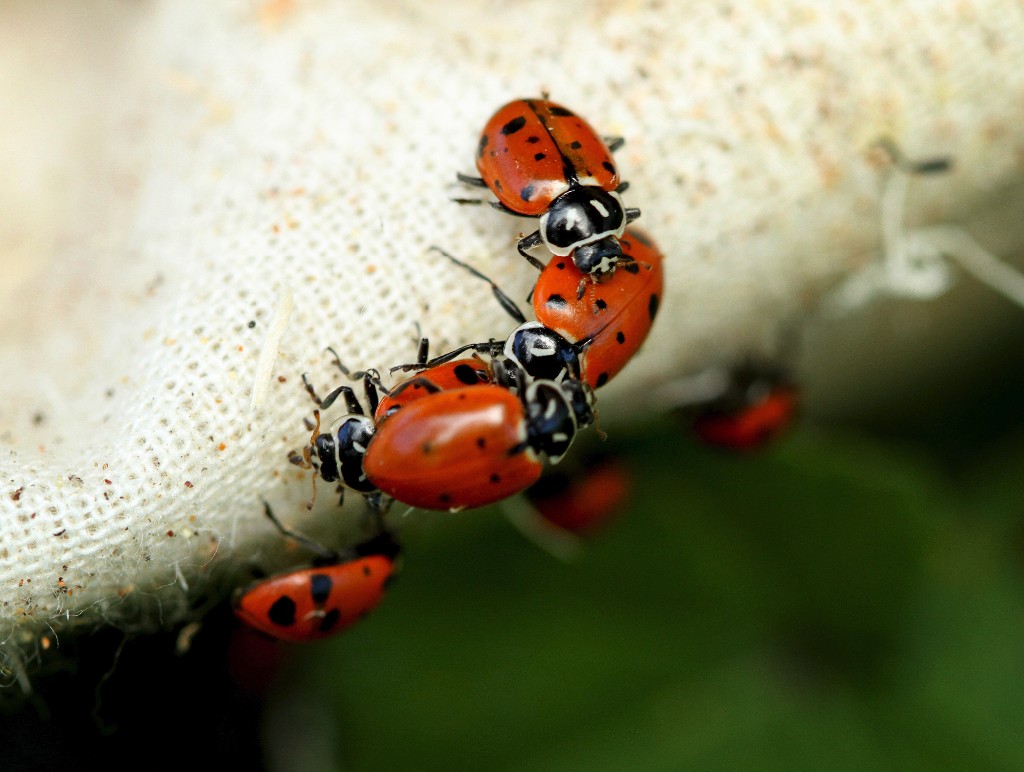 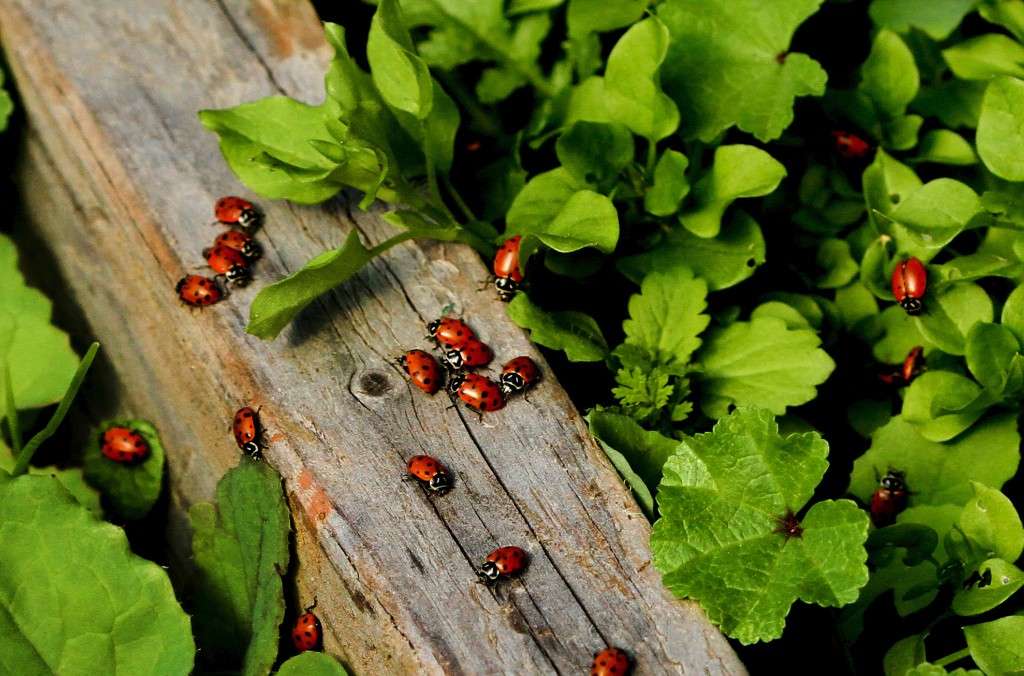 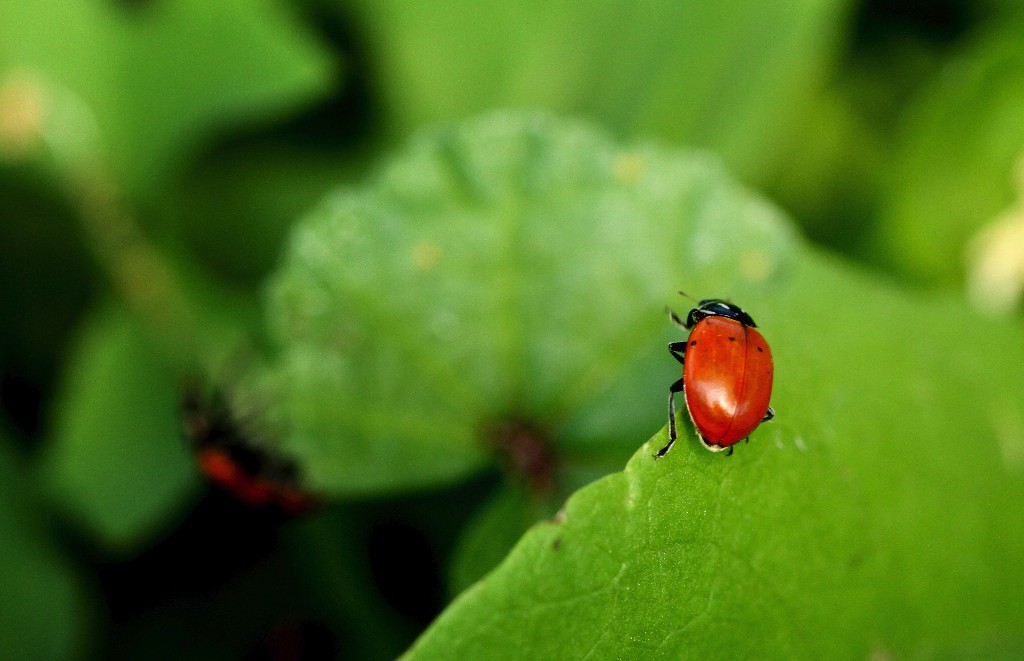 It’s amazing how quickly they warm up and adapt and take off, tumbling over each other on the way! 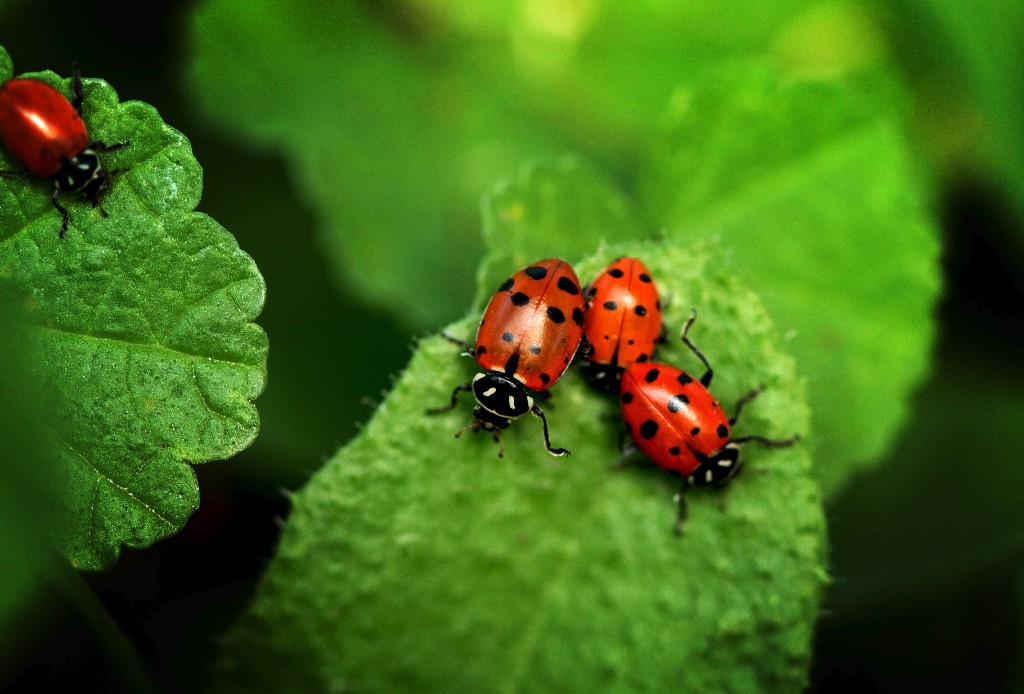 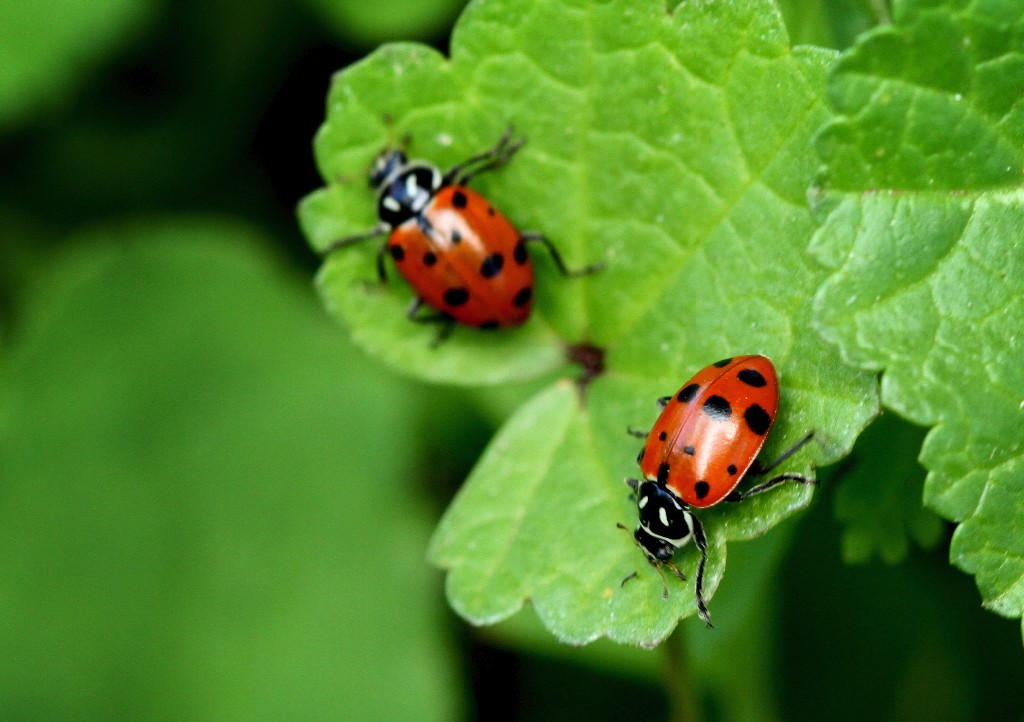 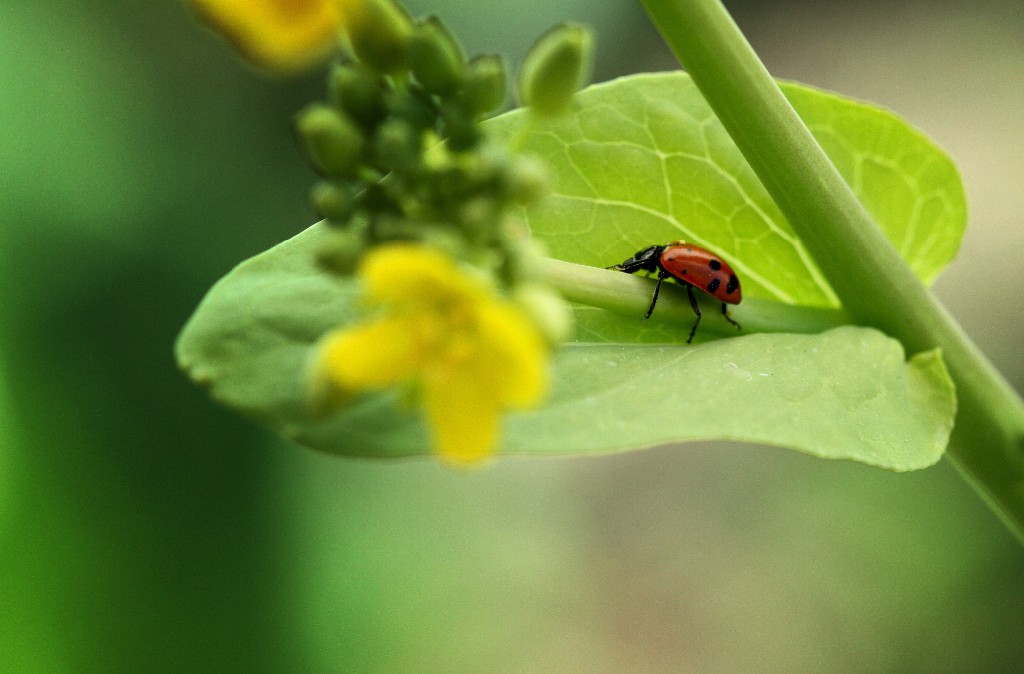 Why would you want to buy ladybugs to release in your garden? Well, the number one reason is they have a great appetite for aphids and other bugs that suck the sap out of your garden plants and can eat up to 5,000 in their lifetime!

Here are a few other fun lady bug facts:

There are 5,000 species of Lady Bugs but the most common here in California is the 7 spotted, red or orange, 6 legged variety.
They are pretty but taste terrible since they can release a foul substance from their joints to discourage predators.
Their predators include birds, frogs, wasps, spiders and dragonfly.

They lay eggs under leaves, which hatch into larvae that look like tiny black alligators with yellow or orange spots. The larvae shed their skin as they grow, and turn into a pupae, which then turns into a lady bug.
Lady bugs can live 3-9 months and lay 1,000 eggs!
Lady bugs were brought to America from Europe. The European farmers named them after the Virgin Mary  when they ate so many bugs they saved their crops.
A young lady bug has the brightest spots since, as with ladies of all species, things fade a little with age…
So, enjoy the lady bugs in your garden!

Many local garden centers and mail order nurseries have lady bugs for sale, along with directions for caring for them and releasing them into your own garden…In fact, I think I’ll get some to release with my little granddaughter!  Happy Gardening!

← A Greenhouse Tour…
Blue Hydrangeas – Now is the time to act! →