How to Bathe a Chicken….Or, Lily’s First Bath! 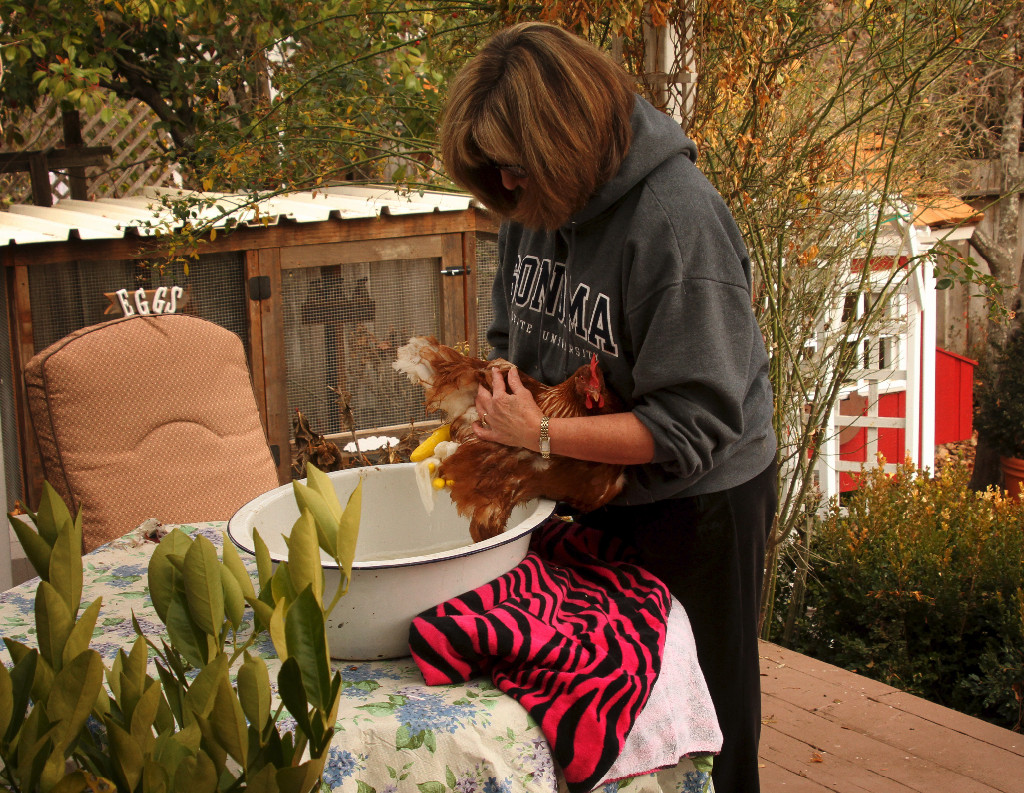 I’d been checking on Lily for a few days, wondering if I was going to have to do something about her little “fluffy butt” not being so fluffy anymore. As the clumpy mess that didn’t seem to be cleaning itself off during her dust baths began to weigh her down I decided I had to act.  After checking out all my favorite chicken sites it seemed appropriate to try and bathe her so I gathered my supplies and began.  Thank Heaven it was her and not one of the others who have never let me touch them! After luring her with a few meal worms I carried her to our patio table so I could stand up and not break my back during this experiment in chicken cleansing. Setting her gently in a pan of warm sudsy water (dawn detergent) I quickly realized she was not going to sit in the water for any length of time. 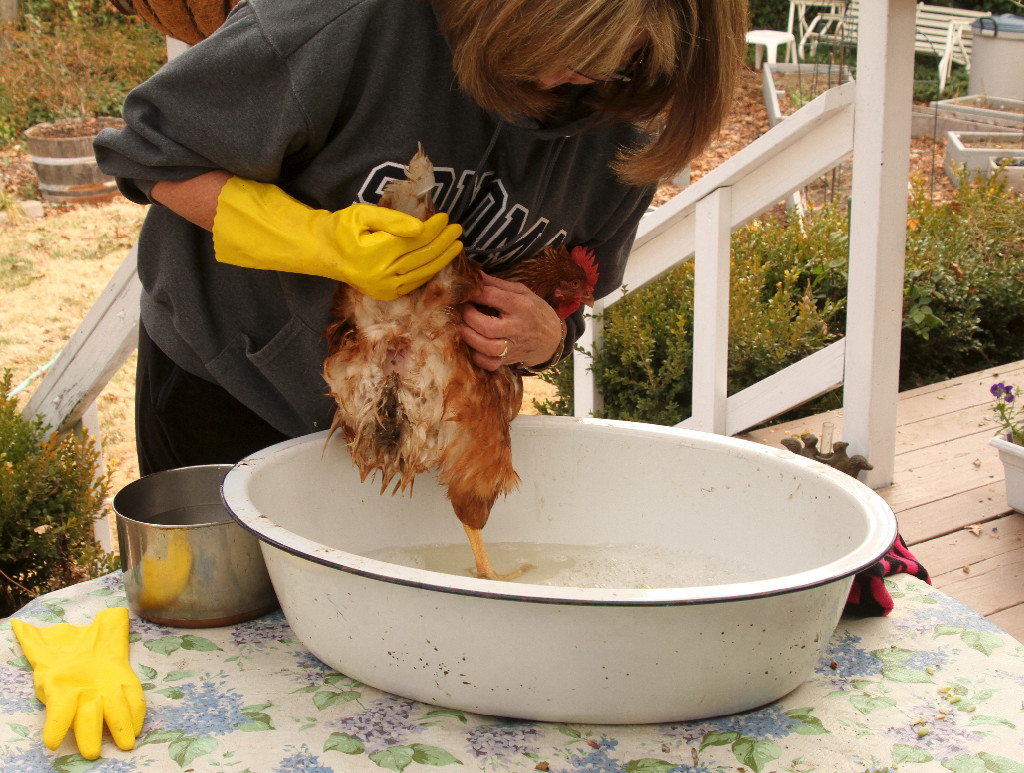 One leg in the water and one poised for escape told me she wasn’t crazy about this whole thing…but, she never fought to get away and eventually rested her little head on my arm and settled down to get clean. 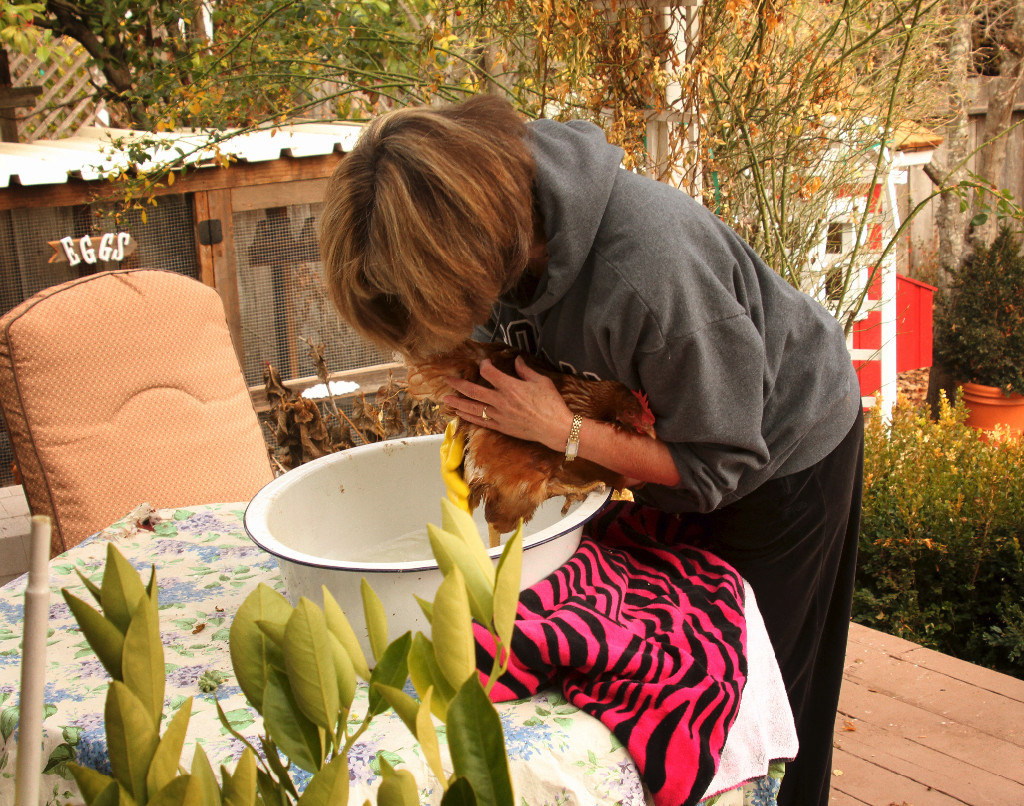 Since I needed to soak the clump of, well, you know…I used a paper towel to “soak it soft”.  It took about 10 minutes of soaking and re-soaking to soften things and get her clean. She really didn’t seem to mind…wonder if she realized it would feel better when she was all cleaned up?! 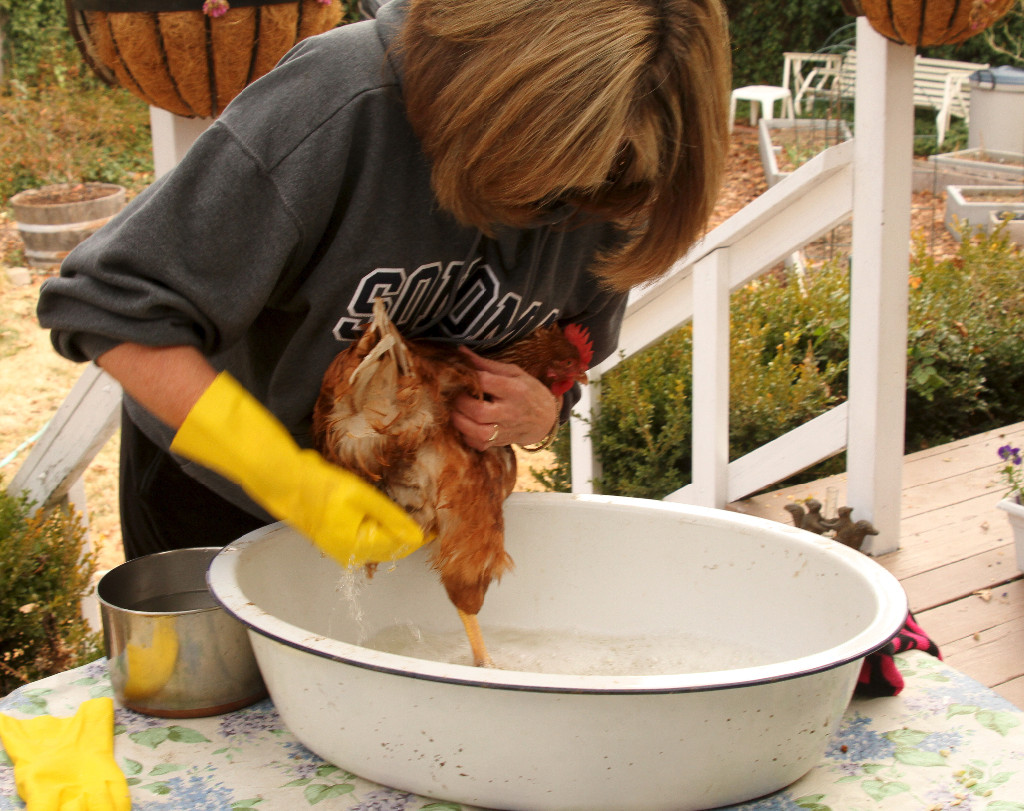 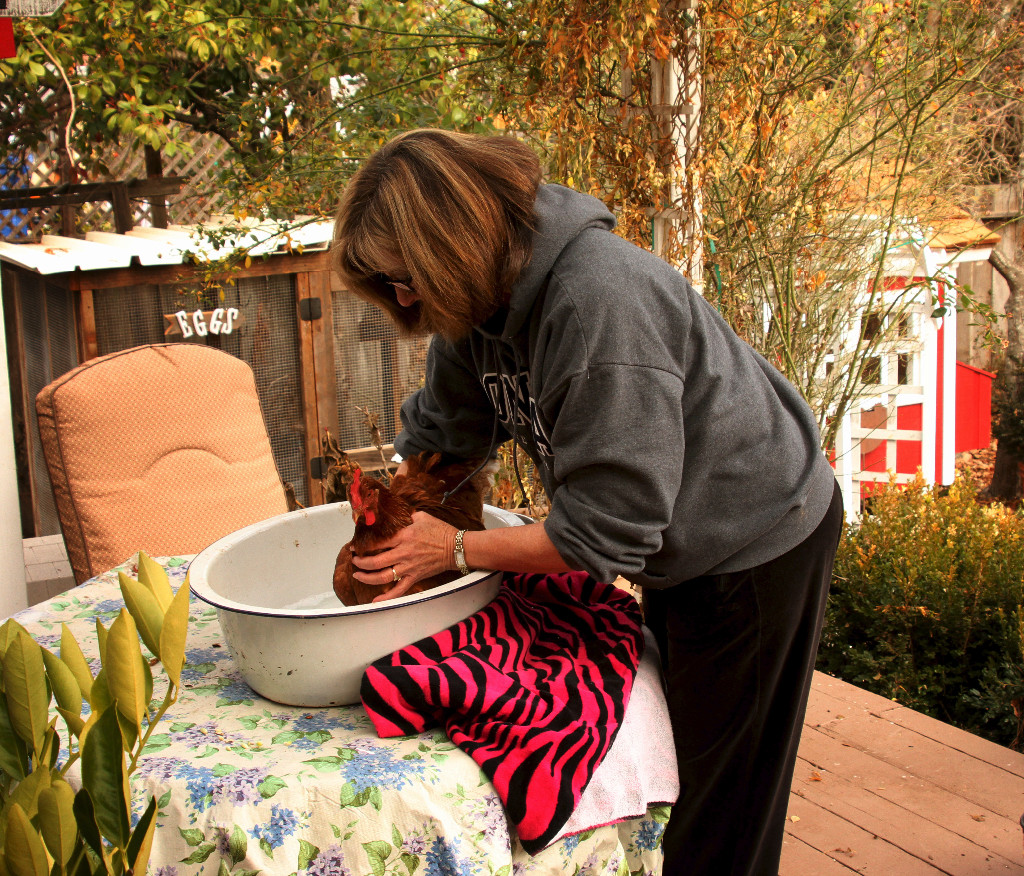 After a nice rinse and a little pat dry, I briefly considered using a hair dryer but I didn’t want to traumatize her and it was sunny, so I decided we were done for the day. After a little grape snack she was back with the other girls….a nice little “fluffy butt” again! 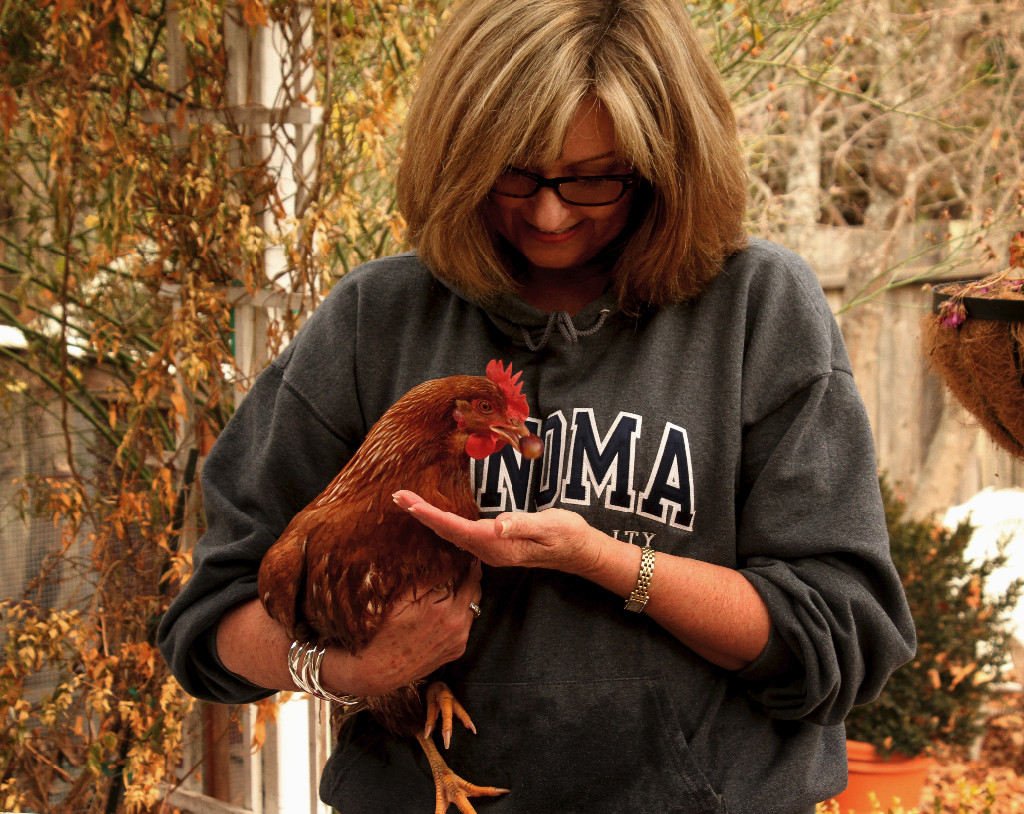 Since she laid a nice big egg the next morning, I guess her bath was an OK experience! (If anyone had told me six months ago I’d be in love with a chicken and giving one a bath… I would never had believed it myself…but, well, they are endearing little hens!)

4 Replies to “How to Bathe a Chicken….Or, Lily’s First Bath!”