Chickens – How to Make Friends with your Flock! 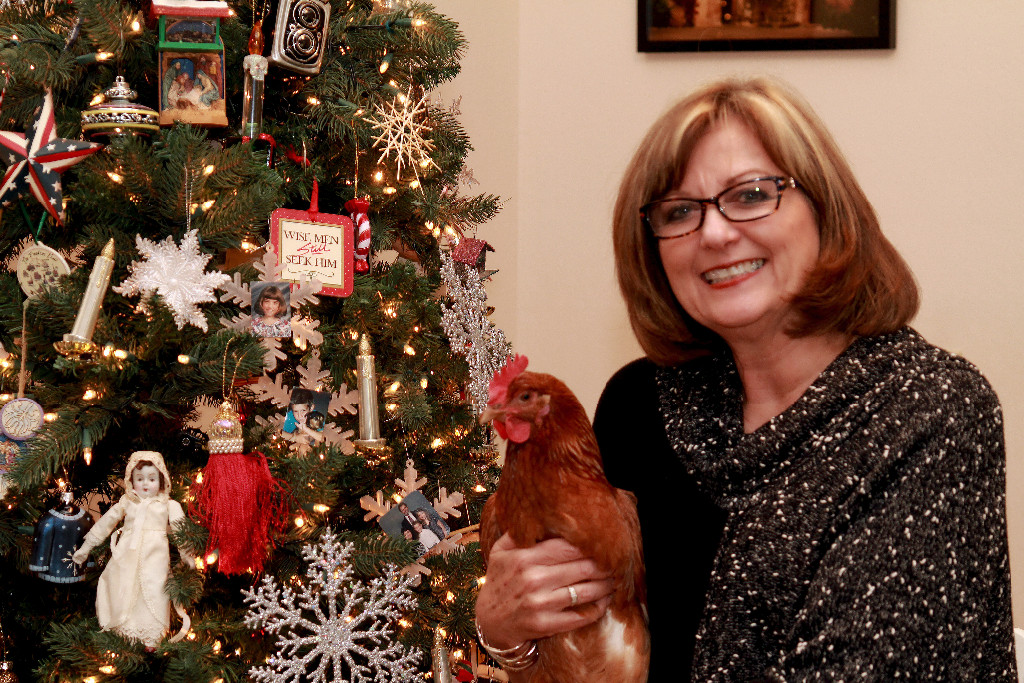 We brought our 4 month old pullets home in August and I started trying to make friends right away…with little reward.  They were so skittish I couldn’t open the door to the run without them jumping all over themselves trying to get away!

After reading about how to train your girls on a few of my favorite blogs,  I put a chair in the run and sat there a few minutes every day giving them raisins or grapes. (Just a few- you don’t want to over do the treats…see the post on the dangers of fat chickens over at the-chicken-chick here:http://www.the-chicken-chick.com/2013/12/chickens-obesity-silent-killer-how-to.html). While they took the treats I dropped, and after a few weeks one of them would eat them out of my hand, they scattered if I moved an inch.  Then, I bought freeze dried meal worms….it was love at first bite! They LOVE meal worms! (You can get them at the farm store or mail order them) 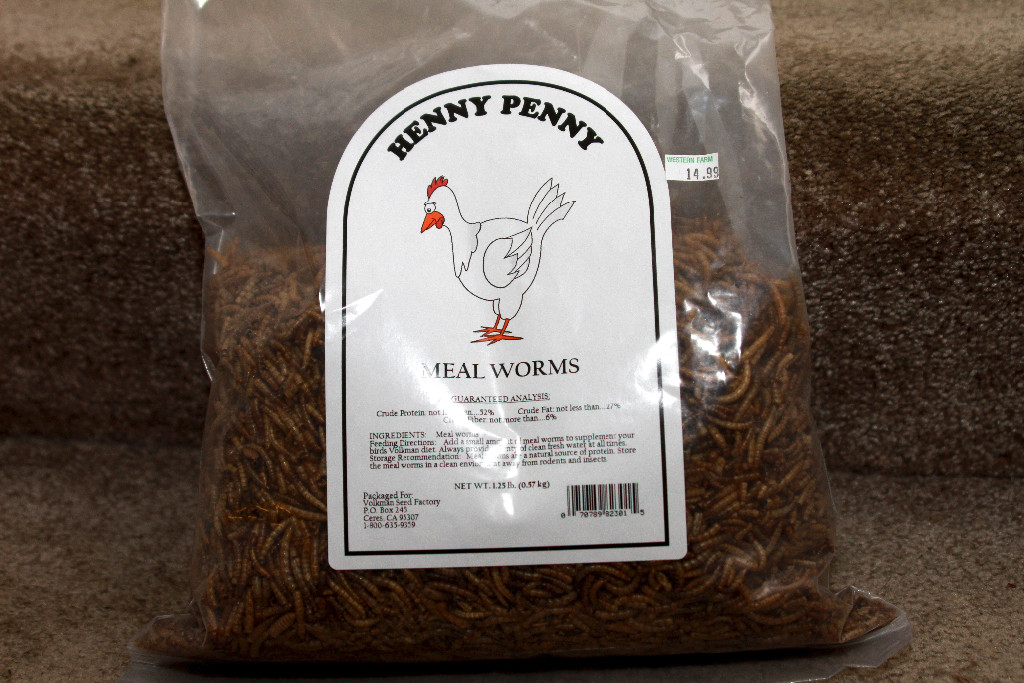 Now, while my girls don’t have a mean spirited pecking order, Lily is clearly the head hen. Lacy (the Barred Rock) is next in the hierarchy and last, but not least comes Lucy (the Wyandotte). So, I guess it makes sense that Lily was the first to respond to my advances.  First eating out of my hand and then…..drum roll…..finally, after over three months, letting me pet her and then pick her up.  I can’t tell you how ridiculously excited I was! Full disclosure demands I admit I used to laugh about women who called their chickens their “girls” and talked about them like pets….until I became one of them! These silly chickens are such fun, so interesting and absolutely endearing in their behavior! Now, instead of me thinking other “chicken mama’s” are crazy, my husband thinks I’m crazy! But, being the long suffering, kindhearted soul that he is, he consented to take a picture of Lily and I by the Christmas tree…without laughing! There were a few eye rolls but, hey, no guy is perfect right?

Getting older, I find, is really kind of cool….I no longer worry about what other people think when I do crazy things! With the clock ticking down on this life it gives one the freedom to go for it while you still can! So, go out an embrace life….fill your garden with wonderful things both to eat and to bring beauty to the world around you. And, while you’re at it, don’t be afraid to get a few “girls”…I promise they will enrich your life!

May you have a merry start to the Christmas season! Here’s a little time line of our friendship building… 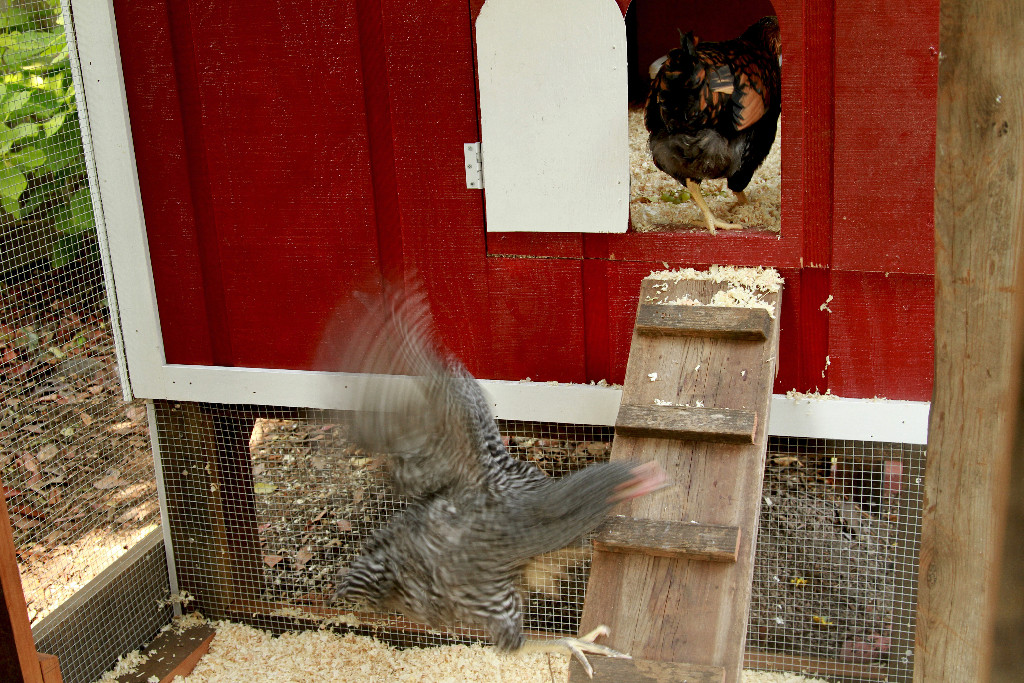 Next they stopped flying away at the speed of light but totally turned their backs on me: 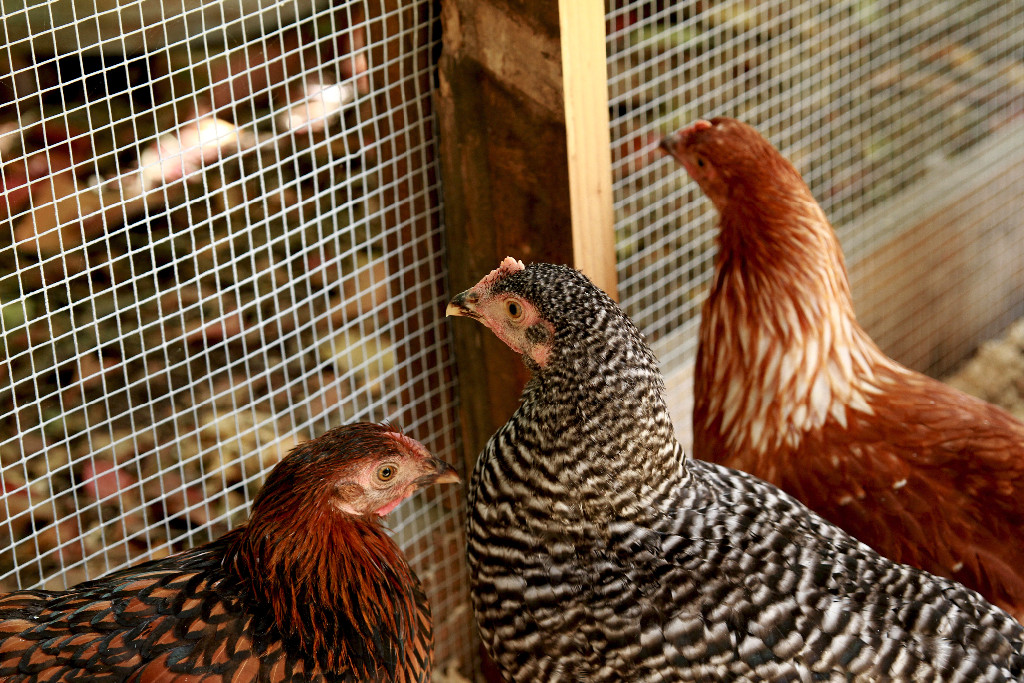 As they got a little older they flew up on the roost to stare at me but wouldn’t come near: 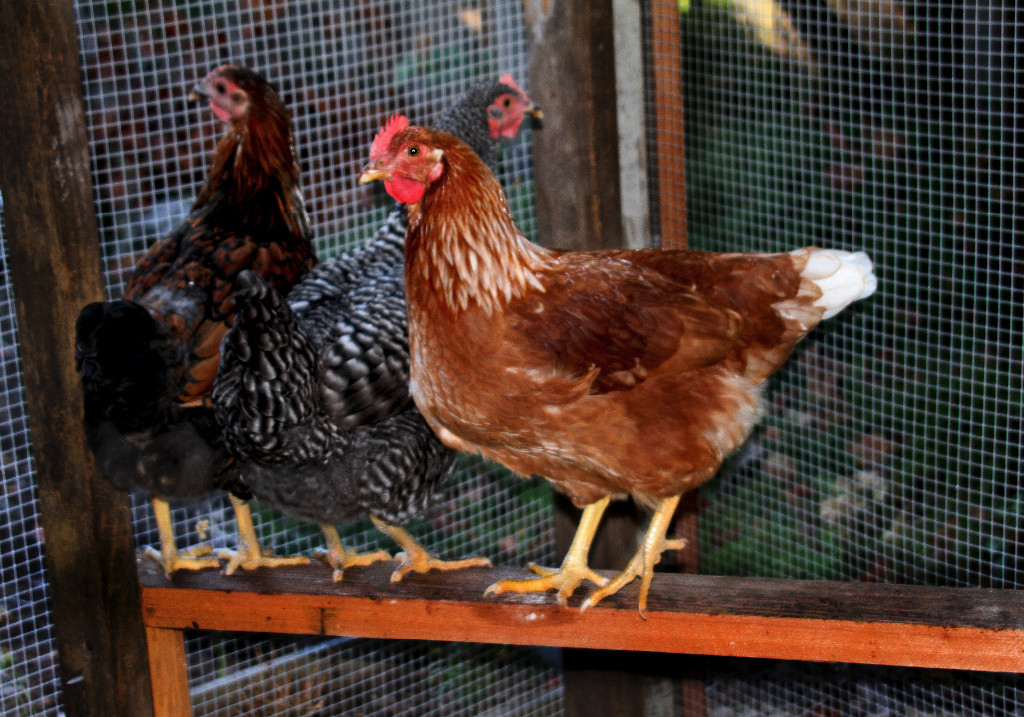 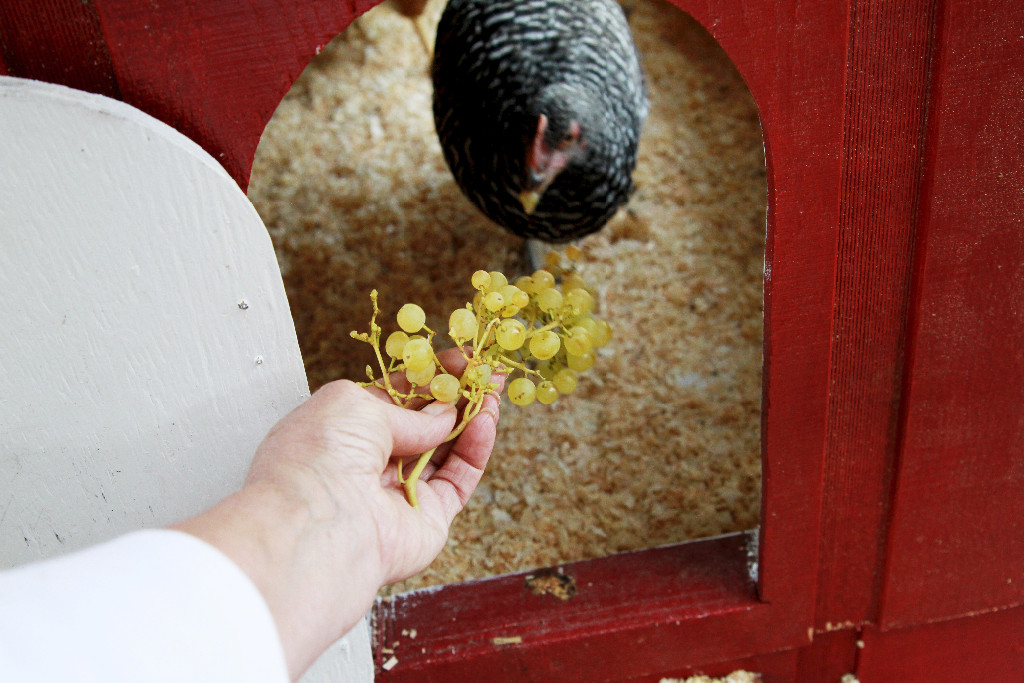 But it was definitely the meal worms that won them over: 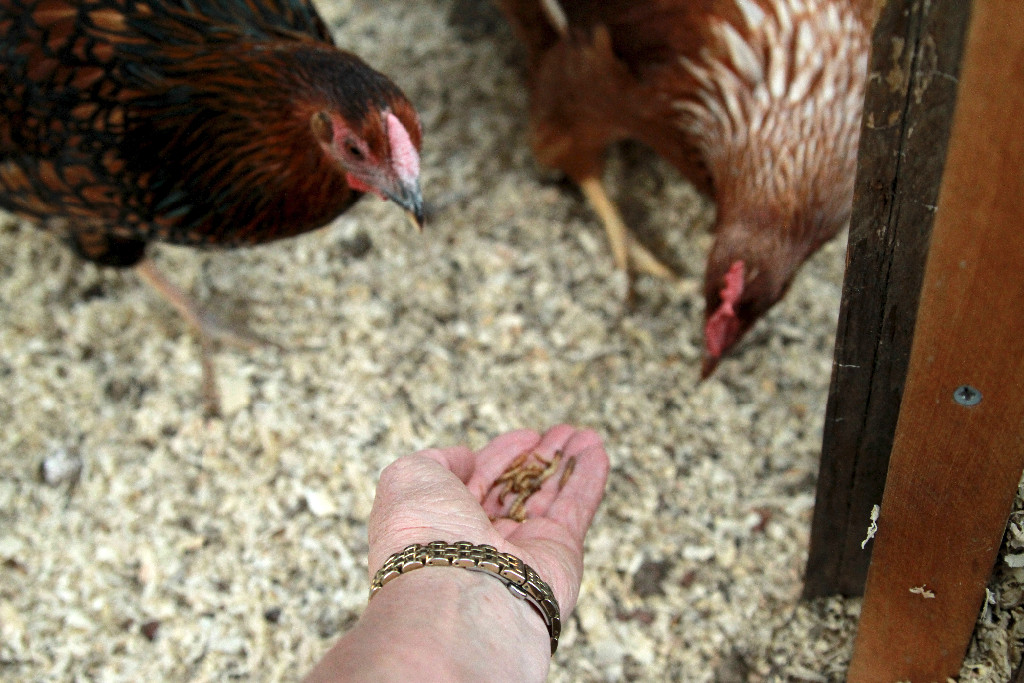 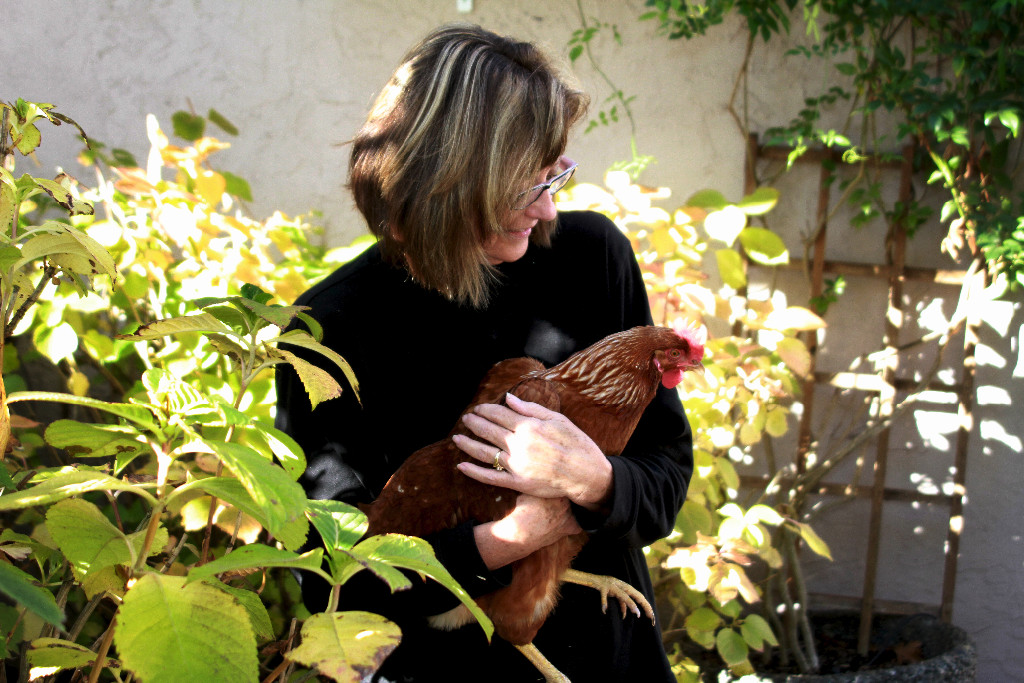 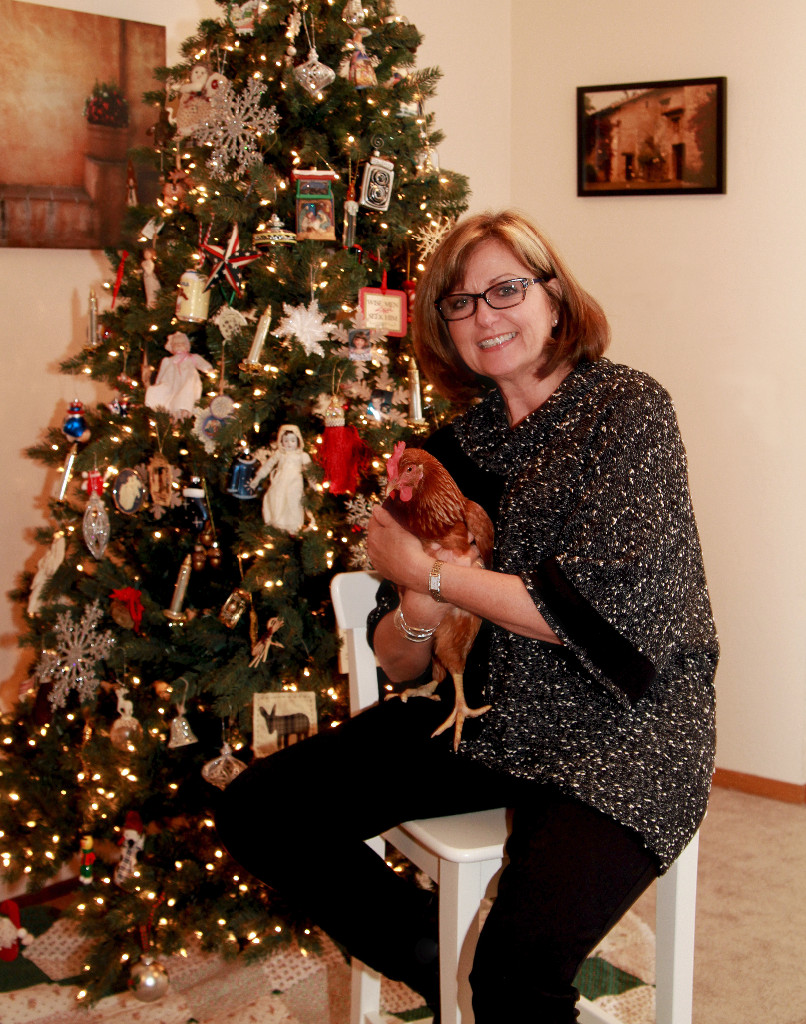 It’s nice to have one friendly girl…now I’ll just have to keep working on the other two!

2 Replies to “Chickens – How to Make Friends with your Flock!”